Mahendra Singh Dhoni will play ICC Champions Trophy this season. Though he retired from the captain post but according to source he will continue as a cricketer. It is also known to the source that along with the England Champions trophy he would available for World Cup 2019.

All the fans and supporters of India were surprised and also shocked when he announced about his step down from the post of captain. Actually he did not retired on his own desire, he has been forced to take such a decision and it was done for his unanimous absence from competitive cricket.

MSK Prasad the chairman of selectors consisting a long chart where he included the name who are available for Champions trophy. During Ranji Trophy semi-final in Nagpur he made the discussion about the future of Indian team and also the future Dhoni. 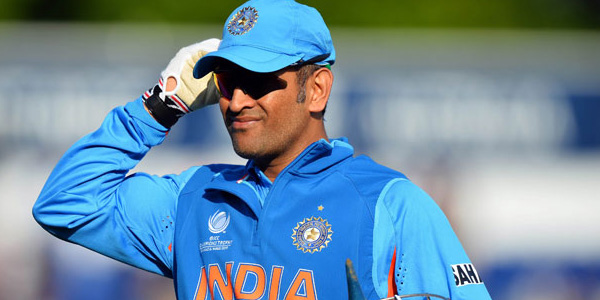 Without captaincy of Dhoni Indian team hardly imagine. He is very talented guy and an experience captain. He boost the team to get World for twice. But the selection Board confirmed that he would not retired from the cricket.

We can remember how was the condition of Indian team before of Dhoni’s captaincy and many are afraid if the condition back again. There was no doubt about MS ability, he can still play more few year. But the statement of Dhoni was really surprising. He mentioned that he wanted to play with reflux as a cricketer.

As a captain once have to bear many tension and responsibility and that thing directly affected his performance. That’s why MS command like that he want to play with relax.

The captain cool desired to leave on his own effort and the decision has been taken keeping mind  the Champions Trophy which has not so far.

Virat kohli will lead the event this season. All Indians and supporters wish to Virat could blow the same wings like Dhoni. But it is tough for India to find a captain like Dhoni. There also a pleasure news that MS only retired from the Captaincy post not from the cricketer.

However, Virat is not so bad. He follow the path of MS. Probably he could able to chase the trophy.