Bangladesh has started to play their inaugural Test match against England in 20th October, 2016 and already three days have almost over. Now, it seems that the Tigers would probably win their first Test because they just need 286 runs with two days in hand. Second innings of England has just finished at the beginning of the fourth days by scoring 240 runs and first innings lead by 45 runs. Though, the chasing amount is not very big but the current wicket nature makes it more tough. The field has turned into bowling formation and chasing such score would be difficult for the Tigers. 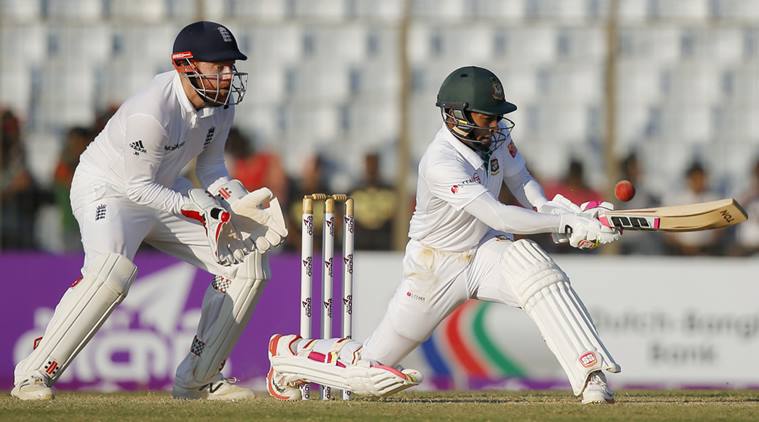 England team is currently visiting Bangladesh to play a complete tournament which consists of three One Day Internationals and two Test matches. They already played three ODI matches where English team won the ODI series by winning two matches out of three. Rest match was won by the Tigers. Now, they were heading for playing for the first Test which has started in 20th October at Zohur Ahmed Chowdhury Stadium in Chittagong. English team won the toss selected to bat first. In first innings, they scored 293 runs by losing all wickets. But getting a proper chance, team bangladesh failed to prove themselves in Test and scored only 248 runs with all wickets. Tamim Iqbal scored highest 78 runs for Bangladesh. In second innings, England lost their all wickets by making 240 runs. Shakib Al Hasan has taken five wickets for Bangladesh. Bangladesh has yet to start their second innings. And to win, they need just 286 runs.

However, Bangladesh team has plenty of good players now. If the can able to make a long lasting partnership, the perhaps they could defeat the English team so far. Tamim Iqbal, Imrul Kayes, Mahmudullah, Shakib Al Hasan, Mushfiqur and Soumya all are in good. But the Tigers yet to make any remarkable achievement in Test cricket though they are in good in ODI. Though, Mashrafe is not leading the Test series and the skipper of the team is Mushfiqur Rahim. Besides, Bangladesh could play better than now if they able to add their key bowler Mustafizur Rahman but he left the series due to injury.

However, come to at last moment, they need to focus with what they have and hold the ground strongly. Though, they yet to make any Test victory against England where they played eight long format competitions before and lost in every case. Now, they have got chance to rewrite the history and would try to make it count.