Belgian international Nacer Chadli who was previously playing for the Spurs has recently revealed his secret about his departure from the London. He has joined the West Brom in last summer where his transfer rumours was the headline over the summer transfer window and at last after so many speculation, he has finally made his destination just before the day of transfer deadline. He has started the new Premier League season with the West Bromwich Albion and already played three league appearances and netted thrice times. That was so impressive. It seems that the club is the perfect destination to build his career. But he recently stated about his time at White Hart Lane which was almost a nightmare. He seemed to be a surplus in their team squad and their boss Mauricio Pochettino did not planning to use him in this summer and he was just like a burden to bear. So, he wanted to get rid off it. 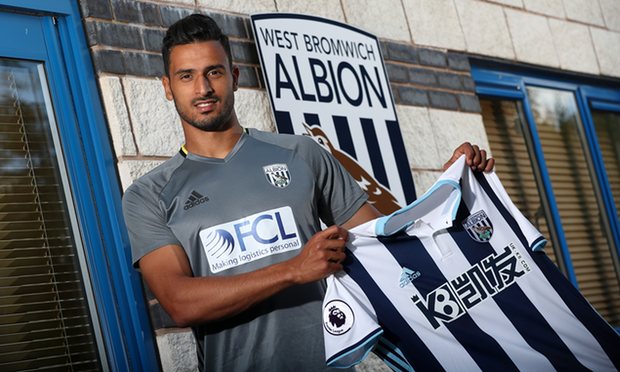 Nacer Chadli who plays as an attacking midfielder or winger has arrived at the Hawthorns for a record fee for West Brom £13 million and the deal was about to make for next four years. He has already started to show his charismatic playing style with the club and prove that he was not surplus in his former club. They just did not use him properly by giving a poor chance to perform.

27 years old Chadli who is playing for his country since 2011 and till now made 32 appearances and netted 4 times so far. Though, he did not able to afford much for his country but has become the witness of many winning moment. He made his debut for the Belgian national team in 9th February, 2011 against Finland which was an international friendly competition.

Though, he claimed that he was not given proper opportunity to play with the first team of Spurs but his playing amount with them was not so poor, it seems. He played with them almost 88 league appearances by staying three consecutive seasons with them and netted only fifteen league goals so far though he made 25 goals in all competitions totally.

27 years old Belgian thought that he has still many things to give in Premier League competitions and so, he chose West Brom despite being interested by couple of clubs. He also said that it is very good to be back at the EPL competition with the new club and he has already had some good training with them. He also included that they believed in him and he should return the favour to the club by proving himself.