The Reds tried to sign Italian attacking midfielder Lorenzo Insigne over the last summer transfer window but having failed. So, now they are going to make another attempt for this winger and once the rumours have spread, the Italian international has made things clear that he has no plan to leave Stadio San Paolo at this moment. But his opinion would change if he will receive a great opportunity from elsewhere.

According to the report, 25 years old Insigne stated that he does not even think about leaving and he is not ready yet. He wants to stay with the Blues but he added that he will try to figure it out that which will be the best for him and the team by consulting.

On the other side, the Reds chief Jurgen Klopp has revealed that he is huge fan of this player and tried to buy him during the summer and does not want to give up yet but to offer for the last time. 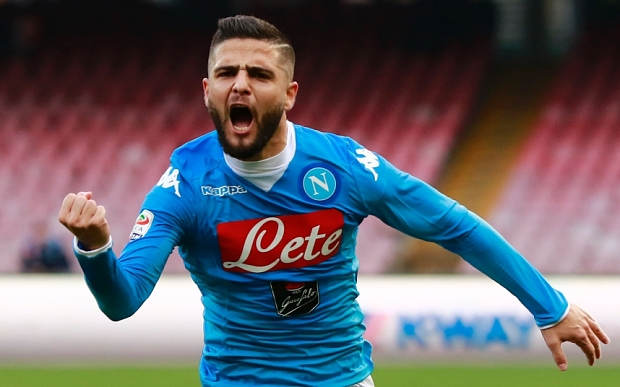 Italian international Insigne joined with the Napoli in 2006 which was his first youth club and also was his first professional club. However, he started to play with the first team of the Blues in 2009 and just able to make one appearance that season. Later on, he was given loan to Foggia for a season where he made 33 appearances and scored 19 goals so far. After showing some brilliant performance during the loan spell, he was sent again to Pescara on loan because he was too young and more there to prove. He showed his magic again where he played 37 appearances with the Pescara and netted 18 times. After returning from his second loan period, he got the permanent opportunity to the first team and till now playing with them. He has made almost 131 appearances with the Italian side and scored 22 times so far. Though, his scoring rate is not alarming but he assisted many times so far.

Insigne is seems to be the unstoppable player at the time who was competing in Euro 2016 with the Italy national team and made three substitute appearance once in group stage, second time is against Spain in round of 16 and last time in quarter final against Germany where they lost the match but the attacker scored there too in penalty. Then, Antonio Conte was the manager of the Spanish national team.

However, the lacking of his presence in Serie A tournament regularly, he failed to impress many fans worldwide who does not even know him but those who know him, there he is a star. So, though, he is very loyal to the Blues but he would probably make his decision about leaving this club wisely.