Batsman Neil Broom and wicketkeeper Luke Ranaki back to New Zealand squad for the ODI series against Bangladesh. Broom had played his last ODI for the country in March, 2010. After a six year gap, he going to play his first ODI against Bangladesh. According to reports the 33-year-old right-hander will play at the place of Ross Taylor’s. He will be sent at number four.  For the problems with his left eye, the middle-order batsman has not taken part since the Test series against Pakistan.

The right hander had played total twenty two One Day International from January, 2009 to March, 2010. He played total 10 short form game where he made 333 with an average rate of 17.22. He played the last match against Sri Lanka in November, 2013. 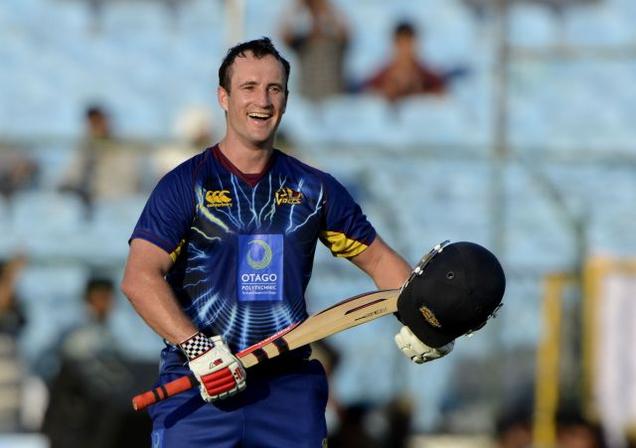 Though he unable to prove himself in International cricket but at domestic side he got many success. He made the 2016-17 season rocked in domestic cricket. In the first-class cricket tournament of the season he made 354 runs at an average of 59 in Planeta Shield. In previous season at the Ford Trophy tournament, he played 9 matches at an average of 84.66 with three centuries and two fifties was the highest run-getter with 508 runs.

The tournament going to start from 26th December and ECB decided to include Broom in the 13-man squad. It is also reported to source Ranaki will return BJ Watling place. There also some name who has kicked out from Chappell-Hadlee squad against Bangladesh as well as batsman Henry Nicholls and leg-spinner Todd Astle.

Ranaki has also received many domestic achievement award. As he played dull performance against India and South Africa, he has dropped out from the squad. With the Wellington half-century score he again back to the squad.

To watch the outstanding performance the board selectors chose the wicketkeeper again in the team. Now the both cricketers Broom and Ranaki will return against the Tigers. The both are very confident for their return. Now they get preparation for the upcoming series.

This year tour of Bangladesh contains two Tests and three One-Day matches. Before the series they visited Sydney, Australia, to take preparation to the camp. The both side are very confident in their place. Here the One Day squad of Team New Zealand.