New Zealand cindered Pakistan in second Test and won the series. To see the beginning, the outcome considering draw of the match. Pakistan’s victory was not impossible, but difficult. However, it was the most difficult to win for the New Zealand. But the second bowling and Pakistan’s poor batting ruined all the things and the match gone to the favor of New Zealand.

The Black Caps are won by 138 runs by losing 9 wickets in the final session Test in Hamilton. They won  the series by 2-0 difference. With the joy they finished their 32 years drought of failure.

Last time The Black Caps won the series against Pakistan at the beginning of 1985. Since then, the ground or out of the country to win 1 of the series was elusive. Pakistan won the series 7 out of 12 and rest 5 were drawn. Finally Kane Williamson’s team get changes the situation. Captain Williamson had won their first series in the country. It is really awesome. 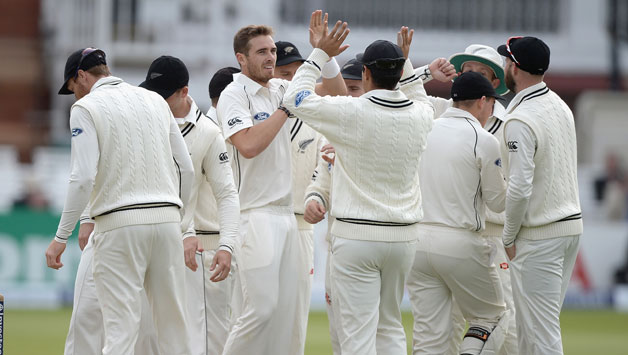 Pak team needed 368 runs to win on the last day. Mishbah’s team was not running behind the almost impossible goal. They tried their best. And it was not so impossible. Azhar Ali and Sami Aslam bat to save the match. They fight since the foundation of the team and it’s works finally.

They have spent 60 overs in two wickets! But the run has not reach in top.  Mitchell  bowled Azhar and broke the partnership of 131 runs. The Pakistan captain lived half an hour and college 58 runs for this match. Aslam was still alive. Babar was in 90 runs in the first innings. In tea break Pakistan scored 158 for 1 wickets.

The green armies needed 211 runs in the final session. 9 wickets to be remain, and the over remaining 34 it was at least 34. Draw seemed a matter of time because the match was the favor of Pakistan. But Black Caps won nearly 10 overs to spare.

Babar bowled first after the tea break. In last 11 overs they lost their 6 wickets. Aslam fight for five hours and earned 91 in 238 balls. And he has caught out from the side.

New Zealand took the second new ball works as magic. The black caps trashed their wicked one by one. And the dream of winning ruined. Pakistan lost their last 8 wickets for 49 runs! Finally the match give by the Pakistan and New Zealand got the success. It’s really amazing for Black Caps cricket to achieved the series after a long period. With this win the Test has over.