This 29 years old French man was out of contract with Nice and PSG have made this deal compete with many European club. Southampton and Leicester City have also interest for him and they also want him.

He spent four years in English Premier League, he played in Newcastle United and also made an unsuccessful journey with Hull City. In 2014 he was move back in France and started to playing in Nice he scored 18 goals in 35 match in last season. 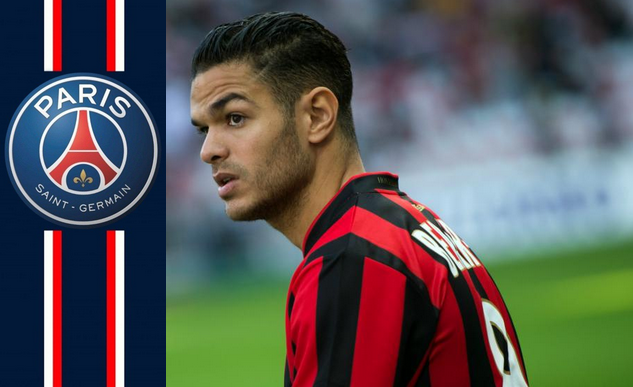 Arfa said this is a great deal and playing for this club in very honorable. He said I am very happy and honored for this deal, to playing this famous giant is very much honorable and I will try to give my best effort. In this club every match is important for me and I have responsibility for this team. I will represent this club form now and I feel very much proud to playing here.

He made 35 appearances and score 18 goal for Nice in last League 1 and also he helped Nice to achieve the fourth place in League 1.

Ben Arfa also played in Lyon and Marseille, he passed good time both of two. PSG new boss Unai Emery watched his performance and made the decision for his Paris Saint Germain transfer. His Premier League performance was not good and he was not shining in Premier League. We can also say he passed a forgettable time in English Premier League. But his Nice performance was average. But he and the club member of PSG is very confident for him and the coach is also confident. He is also confident for this transfer and he said he will be trying heart and soul for this club. His medical is over and he is also passed in medical. Now he is one step far from join in PSG.