Neymar who is officially known as Neymar da Silva Santos Junior is a Brazilian football star who is also the current skipper in Brazil national football team. He also plays for the Spanish giant club Barcelona since 2013. He plays as a forward or winger.

Neymar has joined in Brazil national football team in 2010 and now he is considered as one of the best footballer in this time being.

Neymar signed the deal with Barcelona in 27th May, 2013  with 5 years deal. The deal will valid till June, 2018. That agreement was in exchange for €40 million according to the Batca star’s parents where Barcelona claimed the deal was €86.2 million. 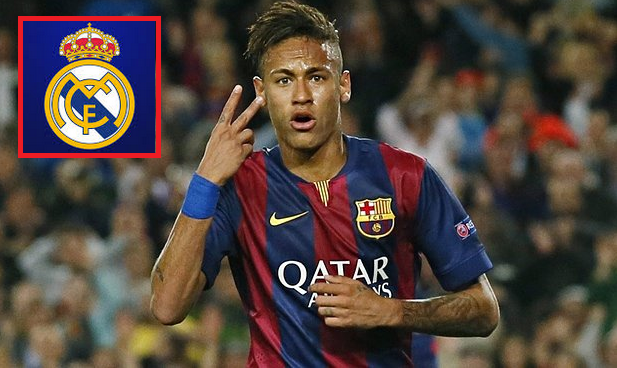 Since then, Neymar has proved himself as a major companion of team Barca. He with Lionel Messi and Suarez have made a destroying attacking division where they are shortly called MSN.

Recently a rumour spread out that, Neymar will go to join to the Galacticos where they offer much salary. So, he is taking his chance to increase his current salary structure where three famous clubs Manchester United, Paris Saint Germain and Real Madrid are ready to tie him.

All of them are willing to give €190 million for this Camp Nou super star according to the representative Wagner Ribeiro. Among this three clubs, one already believed that this former Ballon d’Or nominee would be interested to join in Real Madrid. Due to this reason, Neymar’s father have said that he has no chance to leave Camp Nou this time because he is under contract with Barca now. Neymar Sr. also added that his son is happy with Barca.

There is zero percent opportunity to join Real madrid for him and that is only but rumour. This 24 years old Barca star is one of the successor in Catalan club Barcelona. So, every club wants him so badly. On the other hand, Real madrid has interested to find a high profile striker to join them in this summer where they they are set target to Neymar, Robert Lewandowski and some other listed stars. Because they are going to replace their regular striker French Karim Benzema. But Neymar’s father rejected that possibility.

Currently the Catalan club Barca is the owner of this Brazilian super star. So, if any proposals comes to Brazilian star, that will obviously go through Barcelona, opinion by Neymar’s father. He is still under contract with them and Barca knows everything.

Barca star will join Barcelona after Rio Olympic 2016 which is going to start in next August, 2016.