Neymar is not thinking of Brazil as favorite, he considered other team as favorite in the World Cup. The forthcoming WC championship he is thinking the favorite of the superpowers nation as favorite as all thinking that. According to the Brazilian forward Belgium could show surprise in the upcoming tournament. And the thinking is not neglected at all.

Kevin De Bruyne, Eden Hazard and Dries Mertens Belgium, proved to be capable of qualifying round of the WC tournament. The group won nine out of 10 matches in the qualifying round. It was fantastic and they are really a strong team in the forthcoming championship. 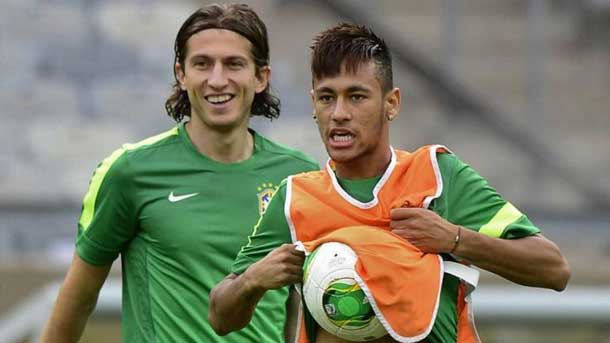 The five-time World Champion Brazil considered as one of the favorites in the coming biggest tournament. The team won the title in 2002 last time. Neymar will lead the team in this season Russia edition. In the captain eyes Belgian is the ‘Black Horse’ of this year’s event.

And in the current season, Liverpool jerseys, Mohamed Salah, who is lightning, can do great things in Russia. The PSG star has warned that his country could be the cause of Egypt’s tragedy in the WC tournament. As Salah is the highest goal scorer in the English premier League so far.

In his opinion, the best-known parties are always favorites. Among them are Brazil, Germany, France, Spain and Argentina. In all the championships, these teams are closely watching. And as a surprise, he thinks Belgium is a great team and they can be astonishing in the World Cup. Salah is a great player who can make a difference in the World Cup. But Salah is doubted in the competition as he injured recently. But the forward desperate to play in the WC championship.

Belgium, group partner in ‘G’ group England, Panama and Tunisia. England also a strong nation in the group. Hary Cane, the team captain said that It is not impossible for them to dream of winning the golden trophy. This is the world’s highest tournament. Playing him in this game is a big deal. And they can see the dream of winning the title.  The 24-year-old Tottenham striker have confidence in the whole team. Many players like him have the same desire. And they will try this. But it is not so easy. All the country in the WC competition are good, If they want that they have to fight. This is a chance for them to boost themselves.