The unbeaten Barcelona was the main topic of Spanish football in few days ago but constantly defenses of last matches changed the states suddenly. Now existing on the league becomes so tough for the team and everything going to be coincide. In this atmosphere Neymar lost his patience of playing, such a news published in Spanish newspaper Marker. They also added that probably he is facing any personal problems and that’s why he lost his playing balance. Since five matches he had not got any single goal which is very disappointing for the 23 years forward and also for the team as well as the fans. 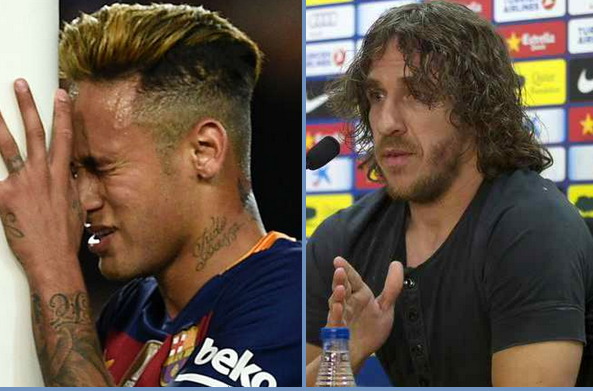 The consecutively winning record of 39 matches now going to be ruined and they grab only victory out of six. This is really a matter of shame for the Barcelona existence of all star player like Messi, Suarez and Neymar. They lost the game against Real Madrid, Real Sociedad eventually against the poor Valencia in 2-1 goal. Where they defeated Valencia by 7-0 goals. Let’s see the Barca condition at a glance.

This condition destroying Neymar career and the tension is hanging on air of team as well as the fans. Now everybody raise the finger for this Brazilian young striker. Everyone blame Neymar that he lost his magic. In that condition the former Barca captain takes Neymar’s favor. In Laureus Awards media conference the Barca legend parleyed about Neymar and mentioned that A man could not remained at the highest level in always and Neymar was still young to prove himself. He believes a professional footballer like Neymar Jr. could handle anything and soon he would back with his great performances.

He also mentioned that Neymar has the capability to change a game from bad to good and he still holding the capacity of doing spectacular things. The forward made 27 goals for Barcelona in current season but the recent status no goal in last five game created the atmosphere more difficult for him.

On the other hand Argentina star Lionel Messi finally achieved his 500 goals in last match but he had not chance to celebrate the occasion because of Barcelona’s loses. This really the matter of worry for the team Barca in present time who conducted 2nd position Atletico Madrid in the La Liga Championship by piety of rule along with Real Madrid whose are just one point rear from them.