Brazilian sensation Neymar makes a history creating move to French Ligue 1 giant Paris Saint Germain. The forward breaks Paul Pogba’s previous world record returning to Manchester United from Juventus. After having passed 4 years at the Spanish club FC Barcelona the super star moves to the capital city of the France and in exchange, the Catalans earn a massive transfer fee from his new club. It has been the most talked and biggest transfer in the history of club football and has set a stunning new record. It was speculated over the last few weeks and finally it was confirmed officially on the Thursday night. 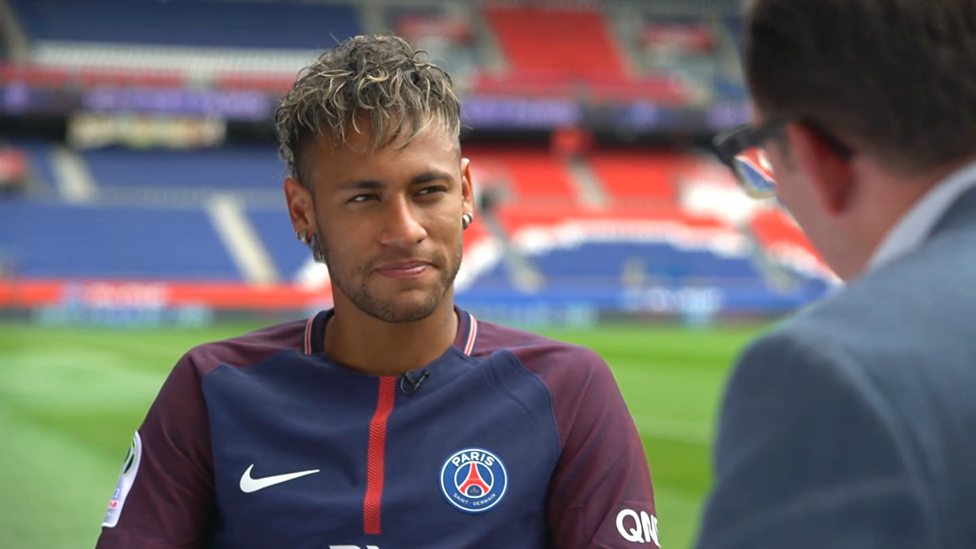 The Paris based club has paid Barca a healthy transfer fee of €222 million (£198 million) and has set a new world record by breaking Paul Pogba’s £89 million move to Old Trafford last season. Neymar’s parents pocket a massive fee of £62 million and the 25 years old will receive around £515,000 (after tax) per week as his weekly wage fee. He will surpass Argentine striker Carlos Tevez as the highest paid footballer in the planet who is currently playing in the Chinese league. He will earn a stunning and surprising salary of £3200 per hour and PSG will have to cost a total of around £450 million for their newest signing who has signed on a contract of 5 years.

The former Santos man was presented by the club and had his first ever press conference on the Thursday night and even before his first ever training session at the France’s capital, his shirts have been started to sell at a huge rate as the supporters started gathering in front of the official store of the club. The attacker who used to wear the number 11 jersey at his departing club Barcelona, will wear the number 10 shirt in the Parc des Princes based team.

The Olympic Gold winner with Brazil was very pleased after having the transfer done. Unai Emery the Paris Saint Germain boss is more than happy after landing his desired super star. The fans of the club celebrated with the jersey of their new recruitment. On the contrary, the Barca fans put fire to their former player’s shirt as they were too much disappointed to lose their big star and are blaming the Latin American man as they thought that he has made the move just because of money but Neymar himself clarifies that he changed the team because he wants new challenges and wants to win many trophies with his new team.