Nigeria is a team of Confederation of African Football or simply CAF which is current playing 2018 FIFA World Cup qualifying matches. They are placed in group B and already moved to the round three. In round three, they have already played two matches against Zambia and Algeria. In both cases, they have destroyed their opponents. Now, they are going to face Cameroon which is one of the most potential team in CAF. So, everyone expects them to the main competition of Russia 2018. According to the statement of Mutiu Adepoju who is the former International player of Nigerian team, Nigeria will get qualify for the 2018 Russia and they actually deserve it. 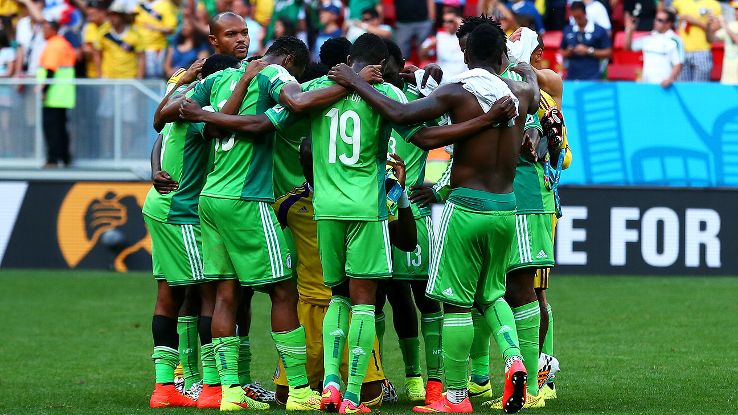 Nigeria has already secured their place by winning consecutive two times and claimed top position of group B. The Super Eagles defeated Zambia by 2 – 1 and defeated Algeria by 3 – 1. Basically, Nigeria is best for their defense but nowadays, they have some potential attackers in their team which have made them strong. By winning two matches, Nigeria has received six points and almost qualify for the largest football competition. Need to do so, they have to finish the group matches as the top.

However, Mutiu Adepoju has stated more this time. Basically he tweeted a series about the fact. He expected that the unbeaten team would represent Africa in Russia World Cup 2018. He also said that in the match day, most of the viewers would support Super Eagles.

There was an obvious question came to this former midfielder from a fan, he was asked by the fan about the host arena which has changed to away from Godswill Akpabio Stadium. But this legend answered him quietly. He suggested not to worry about that. According to his opinion, if the match would take place on the ocean, Super Eagles will triumph for sure and he was wanted to count his word this time. It was just metaphor no doubt.

Current Nigerian team is led by John Obi Mikel who is a great midfielder. besides, there are some talented players in the squad and the attacking division is led by Alex Iwobi who is playing for English giant Arsenal. And under the guidance of Gernot Rohr, the team is doing better. So, hopefully, they will qualifying for the World Cup 2018 and they deserve it.