BPL which is Bangladesh Premier League is one of the short form of league cricket which started their journey in 2012. Except the season 2014/15, rest seasonal competition of BPL used to stage and so, already four season of this league T20 cricket competition has passed successfully. Now from upcoming November, 2017, the fifth edition of BPL is going to start where seven teams will participate. But like previous seasons of the competition, it would not start with glittering opening ceremony. But the BPL governing council wants to donate the funds to the flood victims. 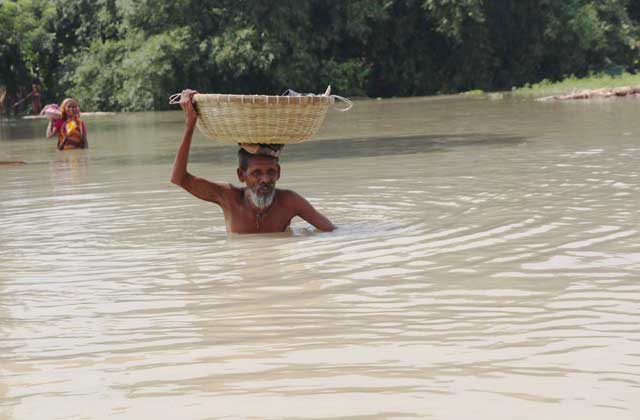 According to the latest news, BPL has cancelled the opening ceremony to make an aid to the flood victims of Bangladesh. Afzalur Rahman Sinha who is the current chairman of BPL governing council announced that they are conscious about the current tragic situation of the country and to think about that it would not right to make an opening ceremony at the time and so, they have made a decision to donate the funds which would spend in the ceremony to the flood victims. He also ensured that BCB president Nazmul Hasan with some other officials will make a visit to Sirajganj in next Friday to the purpose of donating relief there.

Total four seasons of Bangladesh Premier League has passed and an opening function was executed all the times except but one. In last season of the competition there was no festive celebration was taken place but made a false start reportedly where first two matches were abandoned. But for rest three seasons, there were ceremony for every cases.

Basically opening ceremony has become a tradition in every competition which used to bring excitement to the tournaments. But upcoming episode will miss the part. However, donating the flood victims of the country will be more appropriate instead of making the glittering function.

The upcoming season of Bangladesh Premier League, total eight participants were about to compete where Surma Sixers Sylhet has rejoined to the competition but unfortunately the number was reduced to seven because Barisal Bulls was disqualified for the tournament. This team of Barisal played two finals in 2012 and 2015 but failed to touch the title. So, they would be missed in the event for sure. Basically, they failed to pay the joining fee and so, governing council does not approve them into the event.

On the other hand, the new team Surma Sixers Sylhet was known by another name at the beginning of the competition but now they are under the new owner and management and they have renamed the team as well. So, finally seven teams have confirmed for the glorious competition which will kick off in 2nd November, 2017. The whole schedule of the competition yet to announce but total forty six matches will be executed in the season.