Popular sports website Sky Sports indicates that a total of 57 players will change clubs in the upcoming summer transfer window. After discussing AFC Bournemouth and Burnley today we have got Chelsea FC. Some crucial and famous stars are ready to leave the Blues searching for new destinations. Take a look at the list that, which guys are ready to depart Stamford Bridge :

Olivier Giroud : The France international joined The Blues in 2018. He signed for them after leaving the Emirates Stadium. Giroud played six seasons under Wenger. But he failed to be as much successful at the Stamford Bridge as he was at the Emirates. Chelsea were keen to bring in Dries Mertens in the January. Had that happen, he would join Tottenham loan at the starting of the new year. But somehow, the Belgian forward stayed at the Naples based club and Frank Lampard kept the French man. However, the attacker is now preparing himself to leave Lampard’s side to join new club in the upcoming July. Giroud made his debut for the France national team in 2011. He was the part of France’s World Cup winning side in 2018. The handsome looking guy also played in the 2016 Uefa Euro when Les Bleus reached the final of the continental tournament. 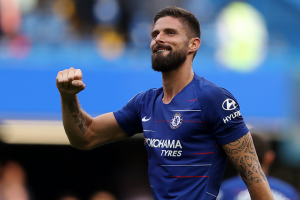 Pedro : Pedro arrived at the Bridge in 2015 after having passed wonderful 7 seasons at the Camp Nou. He was a product of the Barcelona academy and won almost every title possible with the Catalans. Then he also has been superb with the Blues in the last 5 years. However, the Spaniard is getting older and now he is 32. Thus his English manager wants to bring in fresh young lads to the club and he will make way for the younger guys.

Willian : Another crucial player after a successful long career at the Bridge, on the verge of leaving the club. We have mentioned it in a previous article. The Brazilian has a number of club awaiting for him. He may not only leave the club but also leave the league as well. But the winger may remain a part of the English top flight if Tottenham sign him. The current Spurs manager Jose Mourinho was his former coach and the Portuguese likes him, Thus there is a huge chance of the Latin American to move to the North London based side.

Caballero : The Argentine shot stopper is already 38. Thus it seems like his time is running out and the goalie wants a return to Spain.