Tamim Iqbal, opener of Bangladesh Cricket team will join the upcoming bilateral ODI series against Afghanistan, which scheduled confirmed from 25th September. According to report the finger fracture of Tamim is healed but he absolutely fit for the series.

The opener got injured in the last month when he was practicing catch. Suddenly the ball but his left little finger. He got pain in on it. After that he has taken medical treatment. Fortunately it was not a major fracture.

Yesterday A CT scan report confirmed that everything is alright and he had nothing to worry. BCB chief physician Dr Debashish Chowdhury confirmed that it was not a major fracture and the left-hander can proceed in the upcoming Afghanistan series. 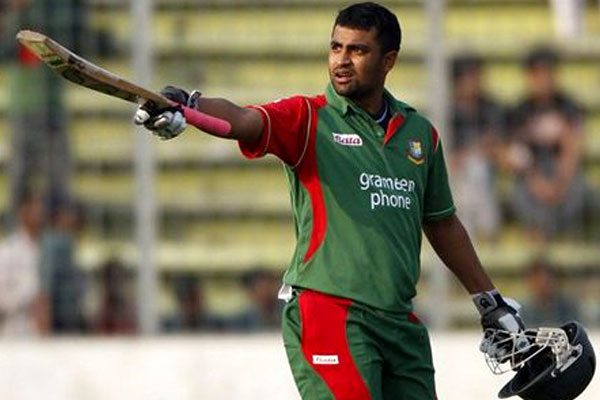 Debashish also added that Tamim was doing better then and his availability for the series totally depends on him. He is under observation and playing bats in the nets for two or three days.He seemed totally fit for the event.  He thinks Tamim would not  miss the series against Afghan.

It is great news for BCB and the Tamim fans to see him action once again at home. He is a dangerous batsman who understand his job very well. If he comfortable to hold the bat, he will available in the bilateral ODI.

Tamim told to press that if he could do net practice before September 21 and had not felt any difficulty he must play in Afghan series.

The full squad of them still undisclosed. Hopefully it will be announced on Thursday. Mashrafe Mortaza will lead the team. Bangladesh Cricket Board chief selector Minhajul Abedin Nannu mentioned that they’re going to be a vast changes in the squad than against Zimbabwe.

Arafat Sunny will not take part in the event as he suspend for his illegal bowling action. Bangladesh will announced 20 man squad for the series. The full squad is on Practice and under observation.

According to source Soumya Sarker, Imrul Kayes and Anamul Hoque Bijoy will take part in the competition. The world’s best all rounder Shakib-al-Hasan who recently saved from the helicopter crash will also join the battle.

Pacer Taskin Ahmed also doubt in the event. But he is confirmed for England series which getting start on October. Bangladesh Under-19 cricket captain Mehedi Hasan Miraz and the middle-order batsman Mosaddek Hossain are also under observation for the series.  So guys wait till Thursday to get update the Bangladesh 20 man squad against Afghanistan bilateral.