Everton has not got a good start to the season as their struggling continues in the Premier League. They have just managed to win in two games out of their 7 outings so far in the top tier competition of English football. They are currently standing at the 16th position in the league table with only 7 points beside their name and are only two points ahead of the relegation region team Swansea. It is quite a surprising situation for a team like Everton and their fans are certainly not happy with the current condition.They will that their fans really can improve a lot considering their ability. 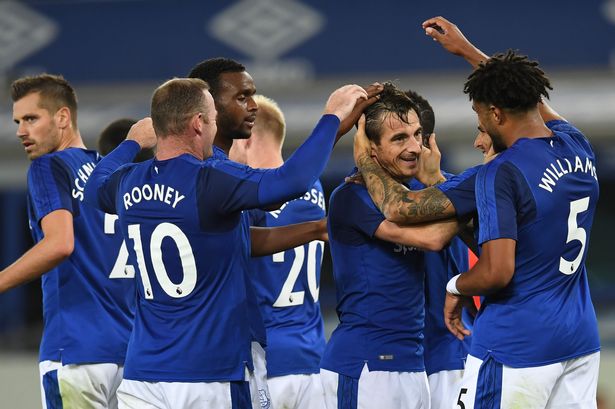 Ronald Koeman’s team is going through a horrible period of time as they have just won once in their last 5 fixtures in the EPL. The only win during this period came against Bournemouth. The Toffees have conceded no less than 11 goals in the last 5 outings and scored just twice in that period of time. After getting a good start in their season opener over the Potters, the Blues from the Marseyside struggled a lot to get themselves back into their best. They digested 2 and 4 goals against Chelsea and Man Utd respectively, both away from the Home. Their trip to Italy wasn’t good either as the Serie-A club Atalanta too welcomed them with 3 strikes in their net.

The home form also has been quite awful for the Marseyside Blues as they even disappointed their home fans. A Harry Kane special made them stand in a position of shame at the Goodison as the Spurs destroyed the hosts in the very first game of the September. They were yet to suffer the biggest upset until their very last game so far as Koeman soldiers faced unexpected defeat against Burnley at their very own ground.

So the Toffees will be keen to get back to the winning way on the Sunday afternoon when they will have a trip to the American Express Community Stadium as they have been scheduled to play Brighton. On the contrary, Brighton has won twice in their last 5 league game and they have also gathered as same number of point as their counter parts in their 7 matches and are sitting in the 14th position. Everton’s Dutch head coach must be hoping that his attack which is consisted of Gylfi Sigurdsson, Calvert Lewin, Wayne Rooney and Oumar Niasse will be back to the form very very soon to score much more goals.