Bangladesh fast bowler Mustafizur Rahman become the ICC Emerging Player of the Year. International Cricket Council choose the pacer as one the most emerging player of the year.

With the ball he has shown a great performance since joining the side. His new speed gave the Bangladesh team a new revolution of cricket. Such a teen age there has found that quality of player. And now his ability known to all. This is the first time some body got the such a pleasure award. And the left-arm pacer man lustered the Bangladesh team achieving annual award.

The youngstar considered for the award from last year’s September 14 to 20th September of this year. In this one year he played like a magic man. By playing 3 One Day International he took 8 wickets. Not only ODI in T20 he shown a very beautiful performance. He picked 19 wickets in 10 matches. 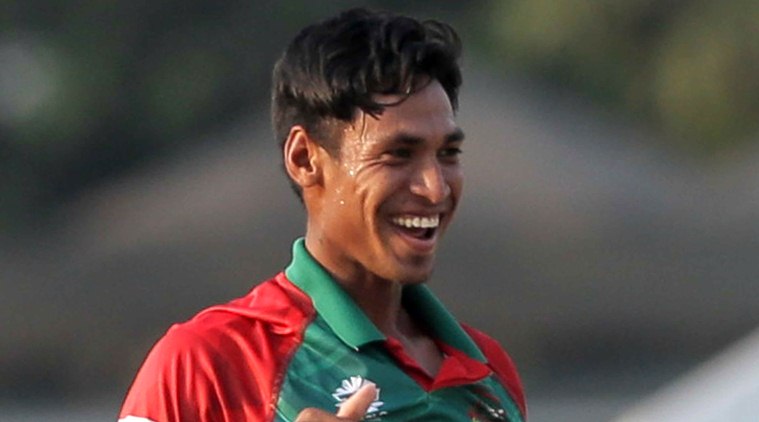 It’s the best gift to the for Mustafiz. In reaction to the ICC, he said that it would motivate him to play more better in coming years. He has great pleasure to ICC for taking the wonderful decision. When speeches about that he seemed very happy.

The teen ager also mentioned that it became the dream for all cricketers to play international cricket. His dream was also that and now that has come true. For that he would like to thank all those who helped him to return the action again. The pacer also promised to give his best when the opportunity to play.

Overall, the three versions the 21 years old played 24 matches played. In the meantime, the young left-arm pacer man took 52 wickets. He is now on tour with the team in New Zealand. Recovered from injury to return to the field. Mustafiz took two wickets in the day warm-up match on Thursday.

Mustafizur has started his international career with a limited overs game. It was 24th April, 2015, he played first against Pakistan. He shown the great appearances in that game by taking the two biggest wicket of Shahid Afridi and Mohammad Hafeez. From the debut match he snatched the heart of billion supporter of Bangladesh. And that way the tigers are found a super fast bowler.

In a young age he played the all biggest domestic tournament as well as Indian Premier League, Pakistan Super League, Natwest T20, BPL. But due to injury he could not take part in the EPL this season and now he is absolutely fine and travelling New Zealand.