Sri Lankan pacer Suranga Lakmal was fined 50% of his match fee for breaching level 1 of ICC code of conduct. In the 4th match of the ongoing tri nation series which was played in Bullawayo, on Monday, Lakmal was involved in a ball throwing incident.

In the match which was washed out due to rain, Lakmal threw the ball to Zimbabwe’s opening batsman Chamu Chibhabha during the 2nd over. The delivery was played back to the bowler by Chibhabha and the batsman didn’t attempt any run but Lakmal threw it towards the Opener. The ball though miss the batsman & went to the wicket keeper but the Lankan pacer’s activity breached the article 2.1.1 of the ICC code of conduct which is related to the conduct that is contrary to the spirit of the game. 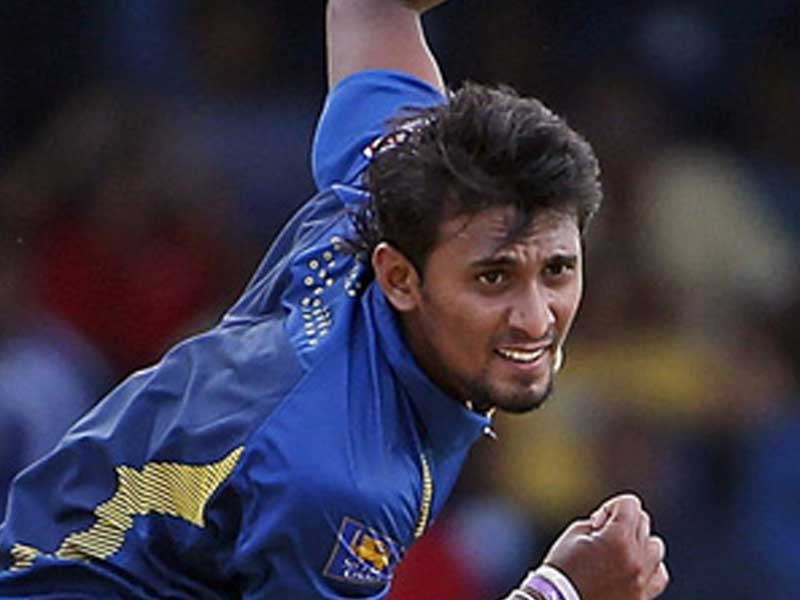 Lakmal was not only fined 50% of his match fee but also 2 demerit points were added to the Matara born cricketer’s disciplianry record. According to the article 7.6 of the code, addition of 4 or more demerit points to the disciplinary record within 24 months period for any cricketer means the points having converted to the suspension points. Two suspension points equate to a ban from one test or two ODI or two T20I whichever comes first for the player.

The accusation was laid by the on field umpires Langton Rusere and Michael Gough, third umpire Richard Illingworth & fourth official Jeremiah Matibiri. But there was no need to any further hearing as the 29 years old pacer admitted his offence after the end of the game & also accepted the sanction which was proposed by Javagal Srinath who is in the Emirates Elite panel of the ICC match referees.

Level one breaches carry a minimum penalty of an official reprimand. The maximum penalty for breaching the 1st level is 50% fine of the match fee as well as one or two demerit points.

The 29 years old Lankan was handed his debut in 2009 against India has played 52 ODIs so far & got 72 wickets in the 50 overs game. The tri nation series between Zimbabwe, Sri Lanka & West Indies is being played between 14 November to 27 November. Every team will face each other twice in the series where the top two teams of the point table after the first round will play in Final of the series which will be played on 27 November in Bullawyo. The 6 feet 2 inch tall cricketer has also played in 31 test & 8 T20I and has 67 & 6 scalps in those formats respectively.