One more new push for Pakistan ahead of the Asia Cup. The batsman Nasir Jamshed banned for 10 years. The  28 years old just release from the one-year ban session earlier in April. But the trial was going on in seven other charges of breaking the PCB’s anti-corruption code. Pakistan’s batsman Nasir Jamshed has been banned from all forms of cricket for 10 years as he is proved guilty in five of those.

The three-member independent anti-corruption tribunal on Friday announced the verdict. The 28-year-old top order is considered to be the end of the batting career. 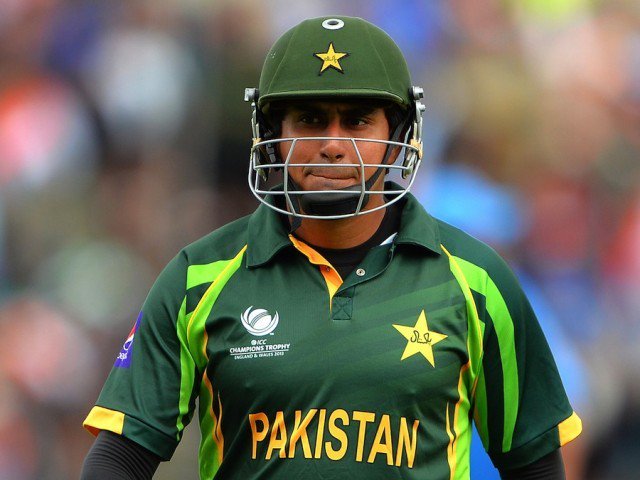 Jamshed was given a one-year ban last year for spot-fixing in the 2013 Pakistan Super League (PSL). After that the trial of other charges was going on. Jamshed, however, denied the allegation. But after the investigation, the PCB said, Jamshedi is the middle-order of the fixing scandal. The left-handed batsman used to offer and suggestions for the players and to make connections between them.

PCB legal adviser Taffazul Rizvi said that the PCB has formed a number of allegations against Nasir Jamshed and he has been banned for 10 years as he is proved in the tribunal. Even after this period of sanctions, he will not be involved in cricket or cricket administration. In addition to Jamshed’s involvement in spot-fixing, Sharjeel Khan and Khalid Latif have been banned for five years. Pacer Mohammad Irfan has been banned for 12 months. Apart from this, the tribunal has banned Mohammad Nawaz for two months. Along with the various terms they are punished by different amount of fine.

Jamshed was seen as a very talented batsman in Pakistan cricket. Fifty had made the first two ODIs of his career. First ODI century in the 2012 Asia Cup against India in Mirpur In that year, he scored a century in India, in two successive one-day internationals.

But at the beginning of his career, he was stunned. Thereafter, he was suspected of fixing repeatedly around. His name was also found in the BPL fixing. In the end, he forbade with the scandal’s. He played total two Tests, 48 ​​ODIs and 18 Twenty20s so far.

That means the batsman will not play the upcoming Asia Cup which will start from 15th September. He will also absen the next World Cup. It’s really a bad for such a young talent guy who finished his career before the timing so far. However, for his misdeed he has been punished.