Pakistan which is one of the Superpower cricket team not only in Asia but also all over the world which has recently captured 8th in position in One Day International ranking according to ICC ranking. They have just destroyed West Indies in ODI series by 3 – 0 in UAE and working to upgrade their ODI position. They are currently behind the Bangladesh in ODI ranking where the Tigers have possess 95 points and the Shaheens are just one point ahead of West Indies which achieved 89 points. After the series was won by them, the update ranking is yet to revealed.

West Indies is visiting United Arab Emirate after very long time where they last visited there in the season of 2008/09 instead of Pakistan. However, Pakistan does not able to arrange any international series at their home ground since long time due to last terrorist attack. In that case, they have to use UAE as their home ground. So, after so many times, Windies has arrived there for the purpose of a complete tournament between them where the tournament consists of three T20i, three ODIs and also three Test matches. Among them, T20 and ODI competitions have almost over. They first started the tournament with T20 and then ODI. In bost case, West Indies was completely destroyed and failed to win any single matches. 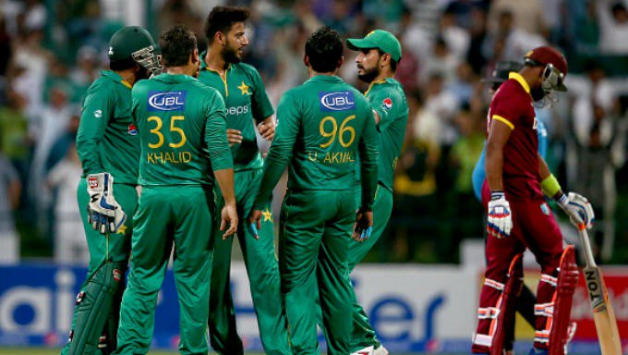 They have started their first ODI in 30th September, 2016 where the Green Shirts won by 111 runs. Came to at bt first, Pak team scored 284 runs where Babar Azam made a century. In their second match which was held in 2nd October, there Pakistan won by 59 runs and there too Babar Azam made his second century in that tournament with 123 runs. At last, they played their third match in 5th October, 2016 where Windies tried to win but failed. And most amazingly Babar Azam made his third consecutive century and able to write his name in the history. He is the 8th batsman in the history who made three consecutive century successfully.

However, the Shaheens is passing a very bad time now in ODI competitions but it should be remembered that they reached the World Cup final twice times and won one of them in 1992. But now, the things is different. They are suffering for their opening problem a lot and now it is fixed somewhat.

Current ICC ODI top team is Australia and South Africa is in 2nd position. Bangladesh and Sri Lanka are also ahead of Pakistan though the Green Shirts are currently placed in the top position in Test ranking but would probably can not hold it more longer.

However, Windies has not finished yet their tour in UAE and there is also a Test series ahead which will start from next 13th October, 2016.