Pakistan beat Bangladesh in the Asia Cup was a strong challenge for the youth. But the most exciting news is that Bangladesh dropped on top, despite of beating by Pakistan. And Pakistan has been kicked out from the competition, though they won the match. The team of Saif Hassan still the best team in the group, however they lost the last math. Since Pakistan consisting the lower run-rate, they dropped back from the Asia Cup competition.

Group B contestant Ban (+1.584), Afg (1425) and Pak (+1.368) got the equal point of winning. They all are won two matches each. But due to lower running score Pakistan dropped out from the series. Though they beat Bangladesh last match, could not benefited by it.

Now Bangladesh reached on Semi final. They will play the semi-final against Sri Lanka. Another opponent of the war is India, who trashed  Afghanistan and other three games. 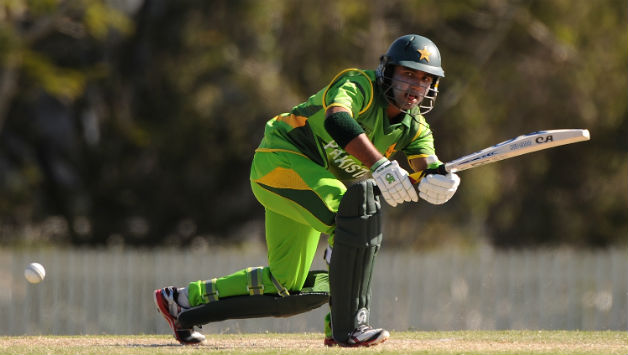 Bangladesh dismissed Afghanistan in first game and after that they lost away to Singapore of their next match. Saif al-Islam group was unable to bat against Pakistan due to appropriate facility. The gathered 230 runs to spare of one ball.  And the other hand Pakistan reached the target of 5 balls to spare.

Mohammad Zahid Alam boost the team to get beautiful score of 50. Before gone the opener hit 8 fours and a six. Saif packed Mohsin Khan to a return catch. However, Abdullah Shafique, Nasir Ali and Asif Nawaz holding the right balance of the game in their hand. The team able to gather 201 runs for 4 wickets at once. Waqar Ahmed was bowled by Shawkat Hossain and got collapse of the Pakistan innings. Finally Pak trashed Bangladesh but the lost could not harm the team by any means.

The Youth Tigers are very confident to won the trophy. In previous they struggle a lot and still fighting for the championship. Now the will fight against Sri Lanka. It will very tough to fight with Sri Lanka on their home ground. So the youth tiger need to be more conscious and alert as they going to face the welcomed team.

On the other side team India has dismissed Sri Lanka in their field. India became the group topper. It will very amazing to fight between the leading youth cricket team. Bangladesh Cricket Board is also hopeful for their new youth team. It is expecting they will easily crossed the semi final and being the finalist of the competition.