Good new for Pakistani fans, Mohammad Hafeez is finally fit to play on going England series. Into the first practice match against Somerset, he open batting order of Pakistan team. Every cricketer contribute run for the team expect the captain Misbah-ul-haque which guide them to score good total into the day 1. Basically, it was an experiment and observation issue for Pakistani team to understand the quality and confident of current cricketers. 62 runs contribution was a great effort by Shan Masood by facing 135 ball.

Though Mohammad Hafeez bowled by Meekeren just on 20 runs. But it was a good start by the opener as Shan Masood scored well within this partnership. We know Azhar Ali is just another pillar of test format who scored 26 runs by playing 73 bowls. 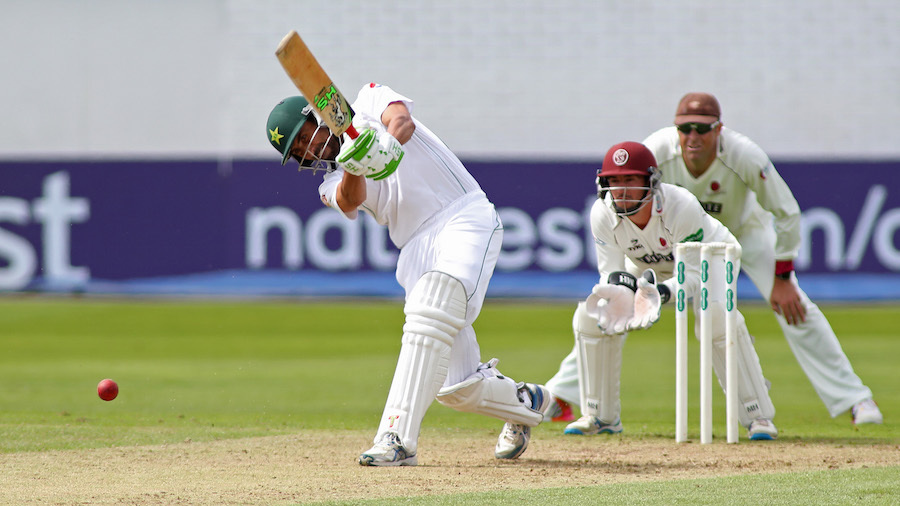 Younis and Misbah is the trump card for this Pakistani team as they are the most experienced cricketer of them right now. Both of them having lot of experience to play test match and visiting England. Though the captain frustrated Pak fans but Mr. dependable Younis Khan played long innings into this day against Somerset. Into the finishing of the day, his score was 99 not out. By playing 161 bowl, hit 14 boundary.

Young star Asad Shafiq performed like one day match. His score was 80 in 120 ball. Sarfraz still into the peach with Younis Khan those will start day 2. van Meekeren and Groenewald both took 2 wicket for Somerset.

Totally, Pakistan team end a good day but batting well. As they have couple of very special and striking bowler like Amir, Sohail Khan, Rahat Ali, Yasir Shah, should ensure victory for their team.

If we really want to discuss and analysis of this match result, should be predict draw. First of all, we need to consider the quality of the batsman of Somerset team where having batsman like Marcus Trescothick, Trego, Hose & Rouse, can do anything surprising. Every cricket fans know the skill and experience about Marcus Trescothick who played lot of match for England national team where his test average was around 44. If one of this batsman, played a big innings, ultimately the result will finish by a draw. But it would be very challenging for English batsman to face Pakistani superstar bowlers.

Right now, the match result depending on the performance of this the green army’s bowlers. Batsman did their job perfectly and right now, bowlers should to do the complimentary job. Get victory in 3 days test match is definitely a tough challenge but Pakistan fans is eagerly waiting to see a good performance of their team in England.