Team Pakistan is currently visiting in England and Ireland for a tournament which consists of Test, ODI and also T20. Though, they have just finished their test schedule against England where the test series was drawn by 2 – 2. After finishing the test, the current skipper of the Green Shirts Misbah Ul Haq stated that they should be ranked number #1 in test where they are currently standing in 3rd position in ICC Test ranking. 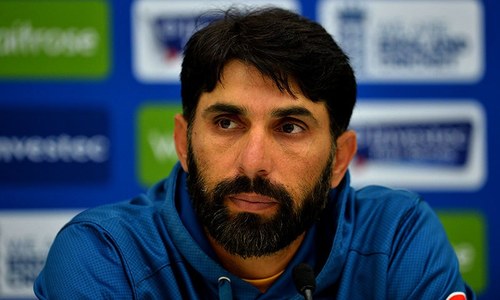 In this tour to England, they have played four test matches there where the inaugural test was won by Pakistan with 75 runs. But in 2nd and 3rd test, Pakistan did not show any extraordinary innings and was defeated. But in last which was fourth test, the Green Shirts about turn their face and Younis Khan made a double century and based on this Pakistan simply destroyed English team by 10 wickets so far.

After finishing the test series successfully, the Shaheens have got promoted to 111 points and English team to 108 points where Pakistan is in 3rd and English side is placed in 4th position but the current skipper of the Green Shirts is not seems happy with that. He has revealed his expression that his team deserves to be no #1 in test.

It seems not so difficult that they still have a chance to move to the top but considering some calculation. According to the ICC, Australia is in top where team India in 2nd position. But they are also playing a test series where Australia is playing against Sri Lanka and India is playing against West Indies. According to the ranking, India’s point is 112 and Australia’s point is 118. So, if Sri Lanka and West Indies will capable to draw or win their test series, then the Green Shirts will move to the top for first time since 2003 when ICC official ranking started their journey.

However, Pakistan has done a great job against England no doubt. But the are desperate to move to the top. Though, their ODI and T20 ranking are not well where they are in 9th in ODI and 7th in T20 competition.

Now, they are working on their ODI and T20 performance where they have a chance just in time where they are going to play an One Day International Series against England consists of five matches which will start in 24th August, 2016. But before that, they are scheduled to play two ODI matches against Ireland. So, if they win both ODI series, they they might have chance to develop their ODI ranking soon.