Pakistan going tour West Indies between March and May. First it was decided that the Caribbean would visit Pakistan if they got Security clearance from them. PCB proposed them to host them on March and they also promised to give them the clearance.

But now WICB has rejected the proposal of PCB proposal. Federation of International Cricketers’ Association advised them not to visit Pakistan.

The terrorist attacks in Lahore with Sri Lanka team at bus, was really horrible. Since then excepting Zimbabwe none other team make tour of Pakistan. In 2015 during match against Zimbabwe there happened a suicide bomb attack outside the stadium. However, the guests returned to the country after the end of the three-match series. 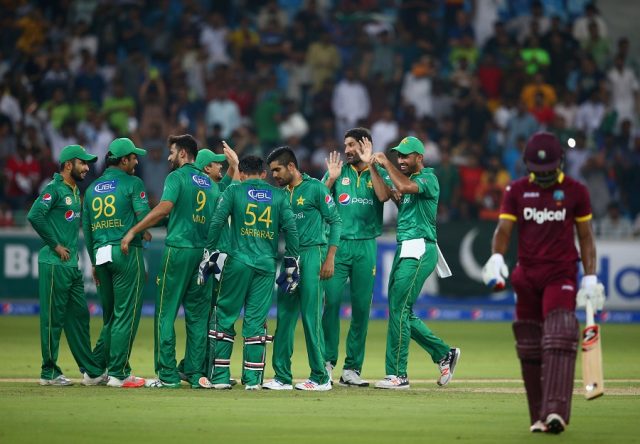 To consider all of the unhappening issues, WICB advised them not to visit Pakistan. And a new plan has been greeted. According to new plans the now Pakistan will visit the Caribbean.

West Indies became the third team who rejected to visit Pakistan. The first team to rejected the proposal are Ireland and the second one being Sri Lanka. Actually no country wanted to visit them for unhappening issues. UAE hosted the all PAK matches in ever.

According to PCB proposal, Lahore would likely hosting two event on 18th March and 19th March. The other matches will be played in Florida. But as the proposal has been rejected so now all the event will be played in Caribbean.

The tour consisting two T20Is, three ODIs and three Tests. There are total five venues has been selected for the series. The tour will start with the T20 series of two days. The 1st T20 played on 31st March at Port of Spain and the second one will be 2nd April at the same place.

After finishing the T20 emulation the both team will face three ODI. The first ODI will be held on 7th April. The 2nd and 3rd match will be played on 9th and 11th April respectively.

Before the Test series the both parties will play the tour game from 15th to 17th April. The first Test will start 22nd April and will be ended on 26th April. The second Test will be continue 30th April to 3rd May. The 3rd Test duration 10th to 14th May.

Last season Pakistan dismissed all the three format of crickets in UAE. But now the things are changed. The Caribbean are now in form. And at home they planning to rock. So it will be amazing to watch.