The French ligue 1 club Paris St-Germain ready to swoop the Gunners target Julian Draxler. According to the report they are prepared to pay about £64 million for the Wolfsburg winger in the Summer windows.

The German playmaker became long-term target of Gunners. When the Wolfsburg hint they would sell out the 22 years German man, Arsenal  were red alert for the move. The Gunners boss made a £53 million offer for Draxler.

Actually the are trying to accuse him from 2013 when he was at Schalke. After that joined Mesut Ozil in 2015 and their dream has been broken. Wolfsburg demand consider around £55 million for the German playmaker that will continue till 2020. 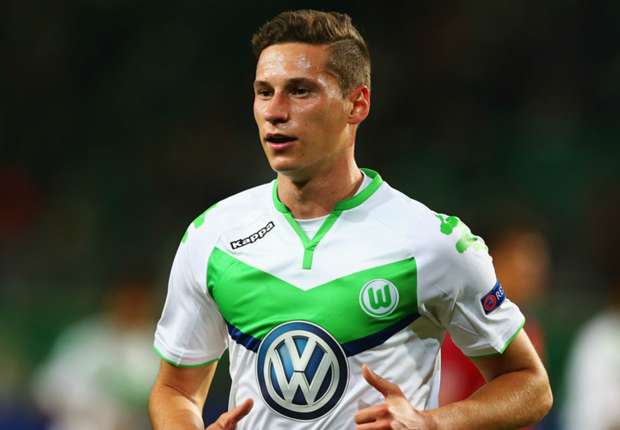 But the twist is that PSG made an offer of £64 million over the Gunners target. As stated by Sun report, Draxler’s agent  Roger Wittmann is now staying in Paris for fellowship with Paris SG about the deal. They are streaking to complete the deal before the transfer window deadline on Wednesday. After that it will be slams shut down.

The 22 years old German professional has already withdrawl his mind from Wolfsburg and taking preparation to join some new side. Though he was dealt for five years, spent only twelve months with the club.

Draxler mentioned about the deal, he said at the time of moving to Wolfsburg side in 2015, they made vocal contract he could leave the side when a possibility emerges. It is the time he going to adieu the club as Dieter Hecking and Klaus Allofs leave it.

He also added that Wolfsburg showed him a good perspective back then, but also served as stepping stone.

So it can be said that PSG very close to signing the deal and likely the Draxlers next destination is French club PSG. Wolfsburg coach seemed very happy for such a lucrative offer over their expectation. Because £64 million is not small for Draxler’s release clause.

It is also learnt to the source that Everton were also keen to buy the German international in this season. In July Manchester United also thrown an offer for the playmaker. Their bid was £30 million for the winger but they are also rejected by Wolfsburg.

However, if the deal final with Paris Saint Germain, it will be very embarrassing for the Gunners. They will fail their dream soccer once again and they have to wait for uncertain period. So, let’s wait and watch what happen this time. Keep touch with us to get more update.