Patrice Latyr Evra simply known as Patrice Evra is a professional footballer who is playing for French national football team and Italian club Juventus as a left back defender. Born in Dakar, Senegal, he started his career in French national football team in 2004. Before Juventus, he also played for English club Manchester United since 2006 to 2014. He was one of the most successful defender in Manchester United. While playing with the Red Devils, he won five Premier League titles, one Champions League and also three League Cups. 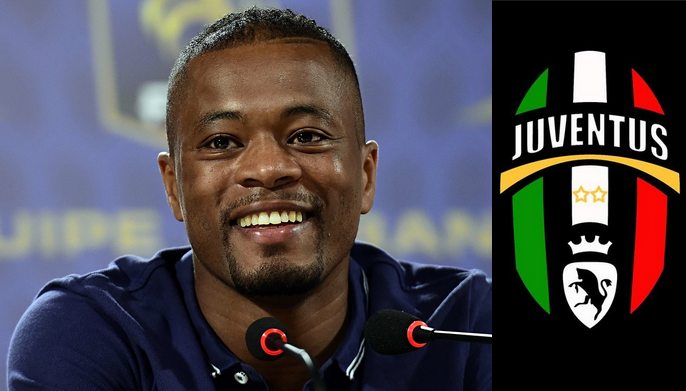 In 2014, he joined  Italian club Juventus for two years contract where he won two Italian Cups, One Italian Super Cup and also two league titles total five trophies. At the ending point of the deal in Juventus, this 35 years old French defender has extended the deal for at least one year which means until 2017.

This french footballer joined Juventus from Manchester United on 21st July, 2014 for two years contract in exchange for £1.2 million which rose to £1.5 million. He scored his 1st goal with Juventus in 14th December, 2015 against Sampdoria. Now, he has become one of the vital player in Juve. Which why The Zebras has extended the deal with him.

The official website of the Old Lady has revealed the new contract details with Patrice Evra earlier on Monday. According to the new deal, they are keeping the defender until 30th June, 2017. He said that he won everything in Manchester United but Juventus he is just starting. He has lot to prove in Juve.

This renowned French defender is now preparing for upcoming UEFA Euro Championships 2016 which will be the 15th edition and to be hosted in France this time. Patrice Evra has confirmed to play for French national team in this season of the Euro 2016. They are scheduled to play their inaugural match against Romania in next 10th June, 2016 at Stade de France, Saint Denis which will also be the opening match of the tournament. Team France is placed in group A with three group mates Romania, Albania and Switzerland. Among four, top two point holders will qualify for next round from group stage. Patrice Evra will lead the defence division of France.

Besides, the Red Devils and the Old Lady, he also played for some other clubs as well. He started his senior career with club Marsala. He played for Monza, Nice and Monaco too. So, the fan of this French defender are waiting eagerly to see his next achievement in next extension year in Juve.