Paul Pogba the world record signing of Manchester United is expected to be recovered and fit before the West Brom clash. The young midfielder who just turned 24 in the last week, suffered a hamstring strain during his club’s UEFA Europa League clash against Russian side Rostov, just a day after his birthday.

Pogba’s injury was a big blow for his manager as well as the fans. But they should not be worried much as their talisman is set to be back before their very next fixture against the Baggies. Pogba’s injury didn’t cost anything for the Red Devils as they secured a 1-0 victory against their Russian counter parts to book a place in the quarter-final stage, thanks to Henrikh Mkhitaryan’s decider. The Paris born footballer was forced to leave the field on the 48th minute of the match as suffered a hamstring strain and was replaced by Belgium international Marouane Fellaini. 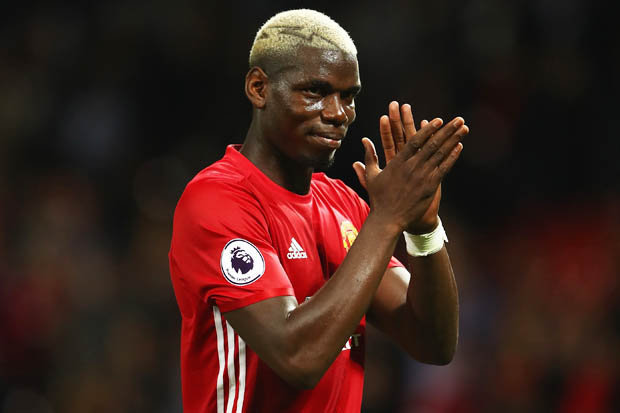 The former Juventus footballer also missed the game against Middlesbrough, although his side successfully secured all 3 points from the fixture with a 3-1 victory. Fellaini also made the best use of the given opportunity as he opened the scoring. With this crucial victory, the Red Devils moved to the 5th place for the first time in the more than last 3 months period as it took more than 100 days to sit in an upper position in the league ladder. The Gunners moved down into the 6th spot after their shocking 3-1 defeat at the Hawthorns.

The €105 million (£89.3 million) signing has scored 7 goals so far after rejoining the English giants. Last season he scored on 10 occasions for the Bianconeris. United will host the next league game against the Baggies at the Theater of Dreams. It will be a great boost in the squad if the French man fully recovers to join the squad. But France national football team will definitely miss the 186 cm tall footballer as he will miss his country’s World Cup qualification game due to this injury. Group leader France will be hosted by bottom of the table side Luxembourg on the upcoming Saturday night. But considering the difference of the two side’s strength, Didier Deschamps shouldn’t be much worried as they should get an easy victory even without their star midfield master. Les Bleus are topping the ladder with 10 points from the first 4 qualifying games and their next match’s opposition have just managed to get no more than 1 point and yet to taste a win.