Lionel Andres Messi or Lionel Messi is a professional footballer who plays for Argentine national football team as a forward since 2005. He also plays for Spanish club FC Barcelona since 2004. He is a great dribbler who is considered the greatest player of all time. He is the only football player in the history who has won five times FIFA Player of the Year/ FIFA Ballon d’Or, four times in a row. 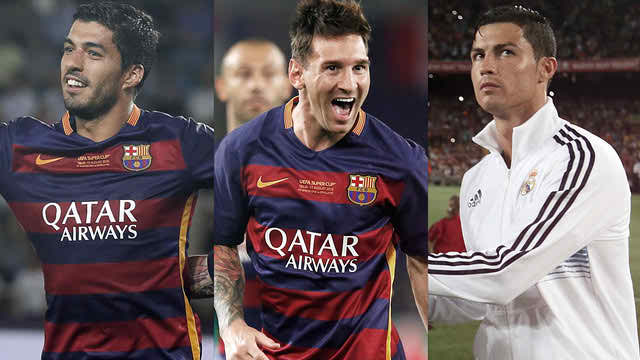 Since the inception of Ballon d’Or, two players named Lionel Messi and Cristiano Ronaldo have claimed all the titles where Messi won five and Cristiano won two successive awards respectively. It is considered by worldwide that the Messi’s most rival player is Cristiano.

Though Messi has won Ballon d’Or last season 2015, but things have changed now. Beginning of 2015/16 season this Argentine great has fallen into a injury and had to abandon some matches. After recovering his injury, he came back but by then Portuguese striker Cristiano Ronaldo and Uruguay forward Suarez were far better condition than him according to goals. So, it might not possible for him to claim Ballon d’Or this season 2016 because only few matches is in hand now and Messi is standing 3rd position till now. Let’s see the top five goal scorer in La Liga 2015/16 season below.

Last two matches of Barcelona against Deportivo La Coruna and Sporting Gijon, Suarez has got four goals in each matches where Messi has got one goal each. Which why Luis Suarez has reached the top position in Spanish League for first time.

At the end of the season 2015/16, only few number of matches left in La Liga. So, it is quite impossible even for great Lionel Messi to be the top goal score in this season. So, this year he will not be able to win Ballon d’Or whereas this title is based on highest amount of goals.

It is a great chance for Uruguayan forward Suarez to claim his first Ballon d’Or this season or who knows the great Lionel Messi will be Emerged as horrific next season.