Peru joined as the last participant  team in the Russia World Cup, 2018. After winning against New Zealand, Peru going to contribute in the World Cup since a long year gap. They last participated in 1982, And it really very honorable for them to play in the biggest sporting event in a long time gap.

Peru beat New Zealand 2-0 in the second leg of the play-off on Wednesday at home. The first-leg match held in Wellington which finished with non-matchable draw. With the second leg Peru get back their fortune and write down their name as the participant of WC championship. 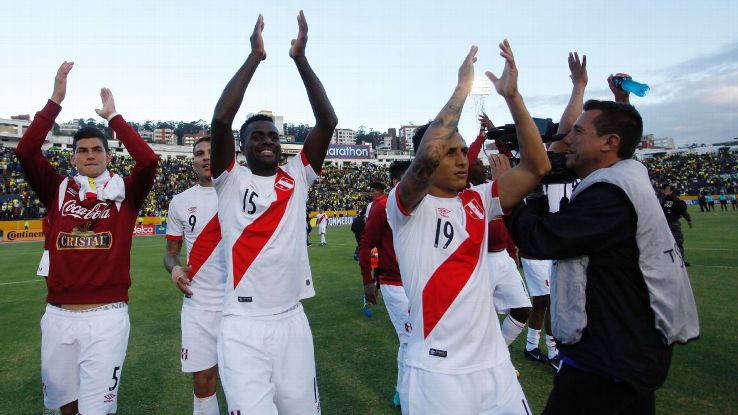 However, Peru, as the 32nd and last team, whom made their place in the  2018 Russia World Cup. The place of 32 teams has been fill-up and completed with the last participant.

Jefferson Farfan took the team forward in the 28th minute of the match.  Peru became the fifth  of the South American region and sent for the play-off. Finally they filled the task and jump into the main championship. In the 65th minute, after the Christian Ramos made the gap doubled, Oceania region champion New Zealand did not get the goal back in the match. However they dropped the match and out of the years biggest competition.

On the other hand Denmark also confirmed their ticket of World Cup. After finishing Republic of Ireland at home they reached in the main tournament. The first play off finished without any goal and embarked as draw.

In the other match Australia also secured their contribution in the Russian WC. The play off was against of Honduras which finished with the victory of football team Australia. It became fourth consecutive season Australia going to take part in the biggest competition. Their impressive performance take the team such a high level.

However, The International Football Federation finalized their 32 teams and the Peru set as the last team. The tournament has to go closely seven month. The draw yet not happen. Already the other preparation of the championship has been completed. From the venue to camping all are set. Just before the tournamnet it need to be confirmed the schedule and draw.