Poland, Egypt and Colombia can be surprised in the Russia World Cup, which going to up from June. The three nation may be potential favorite of the championship. According to reports the three nations very confident in their performance and they really wants to do something big and special.

However, Poland being very hopeful for the championship. Bayern Munich forward Robert Lewandowski being efficient guy in the team. The guy scored 20 goals in the qualifying round to reach the team in the competition. And the most surprising matter is that the superstar of football Messi, Neymar and Ronaldo could not do the such kind of score. The Polish forward undoubtedly a strong candidates in the WC competition. 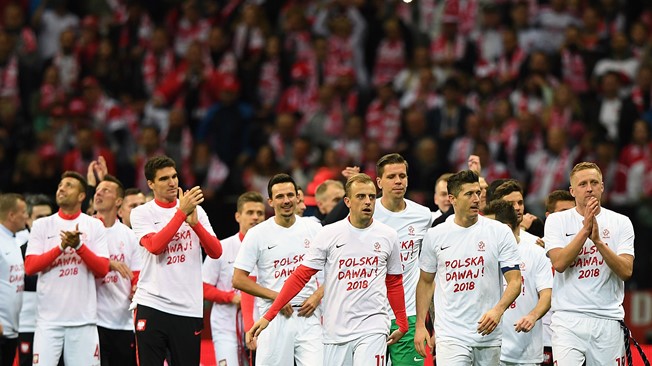 Without that Poland considering a wonderful goalkeeper, Szczesny who played for Juventus. The team manger Adam Nawalka very hopeful with the side. The team became the top of group E in UEFA. In 2016 they finished the Euro championship with the quarterfinals round. In the championship they aiming to do the same short.

Egypt going to make the first campaign after 1990, in Italy World Cup. But this time they very confident. They really want to do something big so that the world could know them well.  hadn’t been in the World Cup since Italia 1990. They have made it back largely due to ored a They holding the key player Mohamed Salah linking with English club Liverpool. The team grouping with the host country Russia, Saudi Arabia and Uruguay in this championship. They hopeful to qualify the stage round.

Columbia becomes another potential participant of the WC competition. They are desperate to do something better that past. The WC participants finished Copa America competition with the third place. So the confidence level is so high of the competitor.

Manager Jose Pekerman very confident with James Rodriguez who plays for Bayern Munich. Last season they finished the competition in group stage round. However, the three teams ultra alert to do something new this season championship.

World wide footballs fans eagerly waiting for the event of the tournaments. They want to enjoy the moment of game as they did that in ever. The competition comes after every four years long, so the fans needs to patient for long gap and the excitement is too strong.

This June the excitement will be double in Russia because they promised to make the competition more exciting, more enjoyable and more entertaining.