Poland secured their World Cup tickets as they won over Montenegro on sunday. Draw was enough to get the place, but they grabbed win in the final match of the qualifying round.  With this victory Poland confirmed their Russian tour.

Poland defeated Montenegro by 4-2 in the ‘E’ group on Sunday. In the 16th minute, when the hosts progressed two goals, Montgrego scored twice in the 78th and 83th minute to send the ball the net. Two minutes later, Roberto Lewandowski made his 16th goal in the qualifying round, After a few minutes Montenegro Defender Stanovich’s suicide goal was confirmed their victory. Along with the win they secured their chance in the 2018 WC Russia. 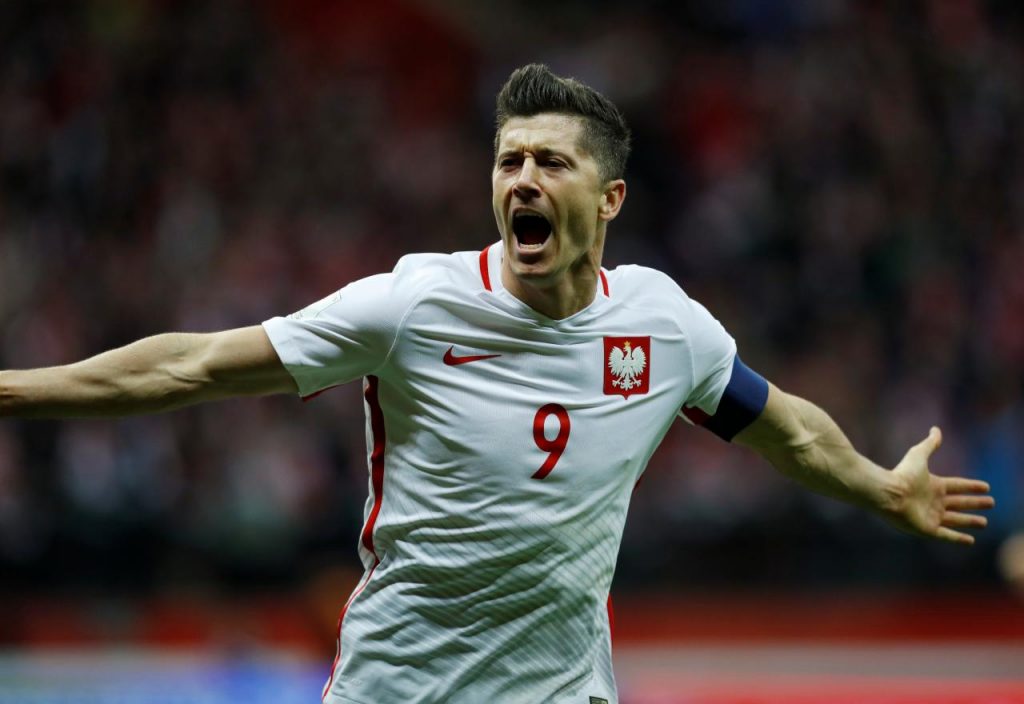 This season Poland shown a very decent performance. They have won eight out of 10 matches and scored 25 points in a draw. At present they leading the point table.

In another match of group E, Denmark took a 1-1 draw with Romania and become the  runners-up of the group. They have gathered 20 points and holding the second position of the point table.

England who have secured their WC ticket in the early have got eighth victory in the ‘F’ group. They became the unbeaten participant of the group. Their achieving point being 26.

Slovakia defeated Malta by 3-0 at home. They finished the qualifying round with 18 points and the second place. The points of Scotland are the same, but they are behind the goal.

Germany finished the qualifying for the 100th successive series and confirmed to play in the World Cup. The last round of ‘C’ Group they defeated Azerbaijan by 5-1 goals. Iwaki M Luv’s team’s gathered 30 points by winning in all 10 matches.

Group runner-up Northern Ireland lost in the other match by 1-0 against Norway. Their point is 19. On the hand the first secured team Brazil very hopeful of their performance. The five times champion desperate to grab the trophy on their bag for sixth time.

The best nine teams of the qualifying group from Europe will play directly in the World Cup. The best eight runners-up will play Play-off to get the final tournament ticket. Russia will get ticket as the host country of the event.

This season the team seemed very aggressive. All are very confident on their place. They have already finding best place in Russia for camping. Many of they visited the country to chose the camping position. Every team have one dream to chase the most warming World Cup.