Poland going to take Chile on June to play pre-world cup friendlies. Polish Football Association (PZPN) has reportedly announced that they will play a friendly match with Chile which will help to give their preparation a new touch.

By the state of the PZPN reports the match will be executed on 8th June just ahead of the WC championship, in the western Polish city of Poznań. Poland confirmed to play four friendlies ahead of the World Cup and this being one of them. The two games will be played in the next month and the rest other will be June.

However, Poland will face Nigeria and South Korea in March. The Nigeria match will be played on 23rd March at home in the southwestern city. Another friendly clash will execute at Silesian Stadium in Chorzow on 27th March with South Korea. 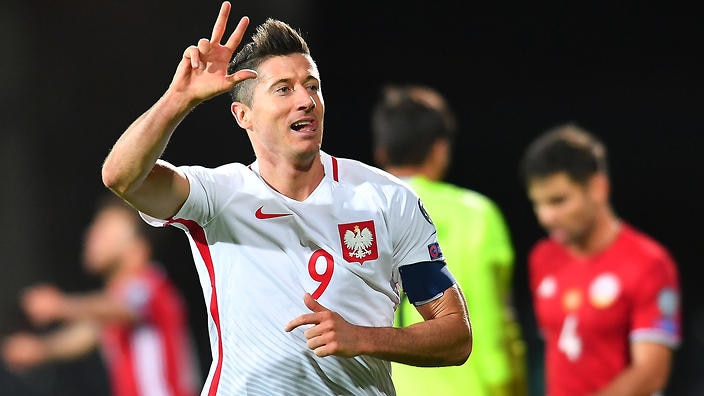 Actually we can say it as the tradition of the team who get participate on the World Cup. Those who are qualified for the WC championship, being play such type of friendlies to revamp their performance.

PZPN’s Secretary-General Maciej Sawicki told that actually Poland would play the friendlies against whom very tough and demanding team in south America. They become very valuable teste which effecting positive sign to the side. They believes that it must improve their performance nicely.

Finally the Polish team will play the send-off game on 12th June and next day will fly for Russia to participate the biggest tournament.

Nawałka will published 23 man squad for the WC trip which published on 5th June.  Their opening campaign will be played against Senegal on 19th June in Moscow. In the group stage they will meet Colombia, Japan along with Senegal. Colombia match will played on 24th June and four days later they will play their last group stage match on 28th june.

Poland holding World class footballers in this season. This time they very confident. Their hope is so high this season. However, they perform very good this season. And when we talk about World Cup, obviously the good team being here because of their performance.

However, WC Russia will be great event this year. World wide football fans eagerly waiting for the event. It has just three months to go the most biggest football tournament takes place. All 32 participants takes preparation for the championship for the event so far. And the most favorites teams as well as Brazil, Argentina, Germany are desperate to grab the title.