English Premier league is undoubtedly the most popular football league in the world. Do you have any doubt? Nope, you just can’t have. Why should you have doubt if you’re a big football fans? When all the footballers from the different leagues in the world are set to celebrate the Christmas occasion with the family members and away from busy football schedule, the premier league footballers are ready for the big league clashes during this festive season and the football fans will have no shortage of football as 16 teams will fight in 8 English premier league clashes on the boxing day.

Watford will host the Crystal Palace at the Vicarage Road in the opening game of the day. The lunch time league clash will also be the first game for newly appointed Sam Allardyce as a Crystal Palace manager. 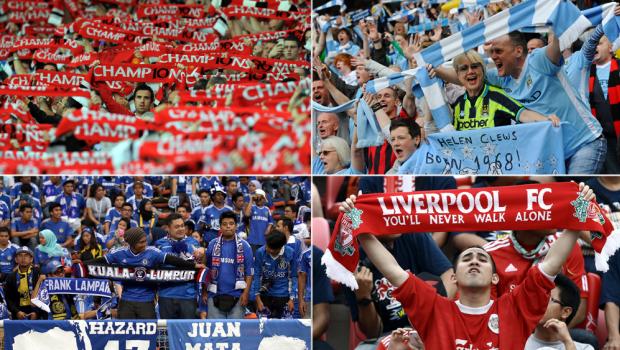 Table toppers Chelsea will play against Bournemouth in a home game at the the Stamford Bridge. The most successful club in the EPL history, Manchester United will face Sunderland at the theater of Dreams. Playmaker Henrikh Mkhitaryan and defender Eric Bailly is set to return for the Red Devils on this fixture. Another premiere league giants Arsenal will host West Bromwich Albion at the Emirates Stadium.

14th placed Middlesbrough will pay a visit to the Turf Moor as they will face 16th placed Burnley away from home. Swansea will take on Slaven Bilic’s West Ham United at the Liberty Stadium. The fans will be waiting for a mouth watering clash as the defending champion Leicester City will square off Ronald Koeman’s Everton at the King Power Stadium.

Another hot contenders for the league title, Manchester City will trip to Kingston Communications Stadium as they will be seeking for all 3 points against Mike Phelan’s Hull City at the latest clash of the Day.

2nd placed Liverpool will play at home against Stoke City on the Tuesday, just after the boxing day. The All Reds will be keen to snatch another victory at the Anfield.

Another mouth watering game will be played on the Wednesday night as the Saints of the Southampton will take on Mauricio Pochettino’s Tottenham at the St. Mary’s Stadium and it will be the latest game of the Christmas eve.

There will be no shortage of funs and entertainment on this festive occasion and the fans should be eager and excited for the big day as they have the chance to celebrate the occasion with the most beautiful game in the world.