Jamie Vardy urged on the top along with the tottenham star Harry Kane in Premier League scoring table after the dramatic draw of 2-2 goals on last Sunday. Once again Vardy proved his capability front the world air Where Harry Kane, Sergio Aguero, Romelu Lukaku, Odion Ighalo and Riyad Mahrez are all standing on the same line.

Appearing of closer the aim Jamie strainly through away from the next match and demonstrated red card by the respective reffry. The sudden sit out from the match can be proved negative for the forward. 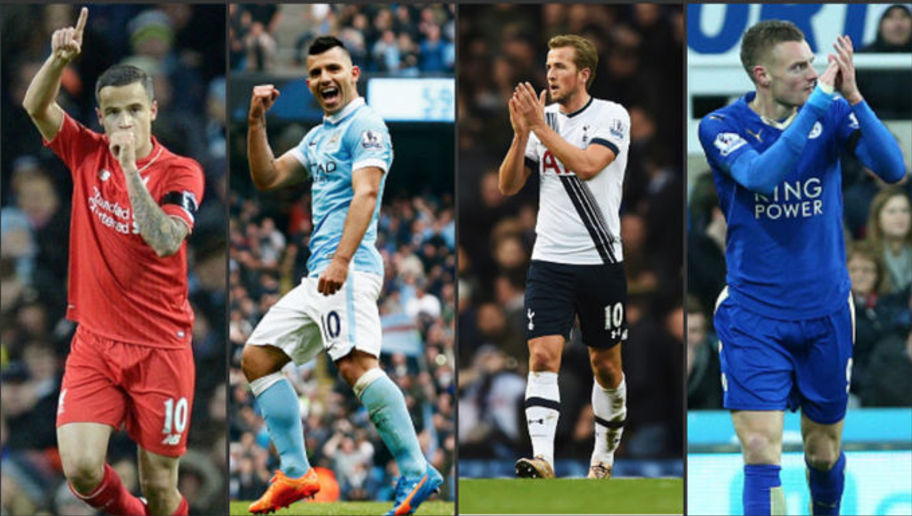 The tottenham star Harry kane standing on the number one position in scoring list with 22 goals as well as the consisting club in second position of 65 points. Now the Vardy and Kane existing in the same score where the plus point will execute remaining varyds out of one game.

Sergio Aguero the forward of Manchester now existing on the third position just behind of 1 goal than the toppers. The hat-trick against Chelsea played a vital role for his score. It was such a treble shoot, which steered him to honor of 21 goals.

The possibility of dreamy golden boot rapidly decreasing from the hand of Romelu Lukaku the Everton star. Where Vardy subsists at the top of table the, Lukaku placed on 4th position. It looks some like droughty season in the career of Belgian forward. Since last five match he had not got a single goal and this made his scoring position behind of Vardey and Kane.

One more Leicester City star Riyad Mahrez existed on the scoring chart in behind of Lukaku with 18 goals. On the other hand the Watford forward Odion Ighalo still on the chart of top ten goal scorer and holding the opportunity of winning the golden boot with 14 goals.

Here we giving the top ten goal-scorer list in below

In recent days football is not a game of 22 mans on the field it also refers million of people all over the world. Sitting front of TV set they predict who will win, who will be the top goal scorer and who becomes the next golden boot winner. The latest news of current time for the football lovers considers who will be the next golden boot winner of English premier league. The race is going on along with the English Premier League campaign for Golden Boot. Now the top two fighter from Leicester City and Tottenham are discording for the prestigious boot. Apart of them here presenting all soccer has the possibility of winning the most wanted golden boot. So guys let’s wait and watch who become the next golden boot grabber of the premier league.