FA Cup clashes in the last weekend has scheduled premier league clubs to fight in the mid week. Unlike the most of the weeks this mid week has been such disappointing for the English giants. The so called underdogs have done well on the cold Tuesday night. The likes of Spurs, All Reds, All Blues all were denied. The Saints and The Gunners were even beaten but the likes of Swansea, relegation regional Crystal Palace prevailed and Sunderland earned a hard fought draw. The performances of bottom region clubs of the table has been much impressive in this mid week mania. 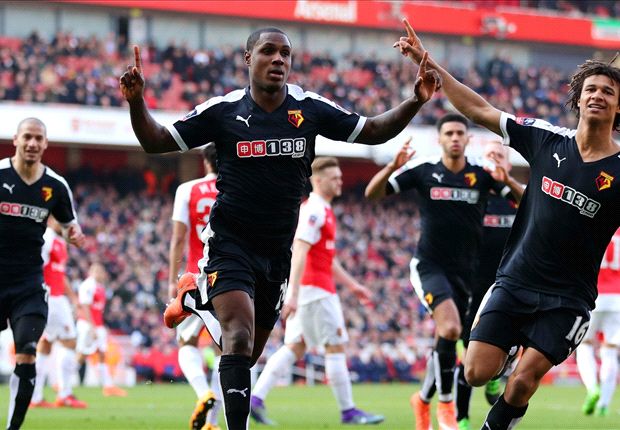 17th placed Swansea City hosted Southampton at the Liberty Stadium. Southampton were devastated after their 5-0 defeat against the Gunners at the St. Mary’s Stadium on the last weekend and were searching for a league victory. But once again they had to go home with nothing as they tasted another defeat, this time against the Swans. 22 years old defender Alfie Mawson gave his team the lead on the 38th minute with his second goal of the season and the hosts finished the first half with one goal advantage. Irish striker Shane Long levelled the line on the 57th minute. But Iceland play maker Gylfi Sigurdsson netted on the 70th minute to seal the victory for his club. The 27 years old struck his 8th goal of the season who also provided the assist of the very first goal of his team. The Saints remained at the 12th position with this downfall and the Swans are now at the 17th position with 21 points.

Bournemouth hosted relegation region’s Crystal Palace at the Vitality Stadium. Sam Allardyce’s lads proved too strong for the hosts and secured all 3 points from the game with a 2-0 victory. Defender Scott Dann scored in the very first minute of the second half after a goal less first half. Belgian striker Christian Benteke sealed the victory during the closing minutes of the game. Though they remained in the 18th spot but 3 vital points has been added beside their names and 19 is the total number of points, they have managed to gather so far this season.

2nd top side in the league Tottenham Hotspurs were denied as another relegation region side of the table Sunderland held them. Goal drought seemed at the Stadium of Light as no goals were scored in that match. Sunderland has now moved to the 19th ranking after that draw who have earned 16 points from their first 23 league matches.