Brazilian Left back, Maxwell signed an extension year contract deal with his veteran club Paris Saint Germain. The new contract will keep him in the side till 2017 summer. The defender became the third footballer who expanded the contract in PSG side.

Maxwell joined PSG in 2012 from Barcelona for 3.5 million euros and became the witness of many successive season of the side. Among of them the the most leading success of the midfielder consume as four Ligue 1 titles, three Coupe de la Ligue and two Coupe de France titles. 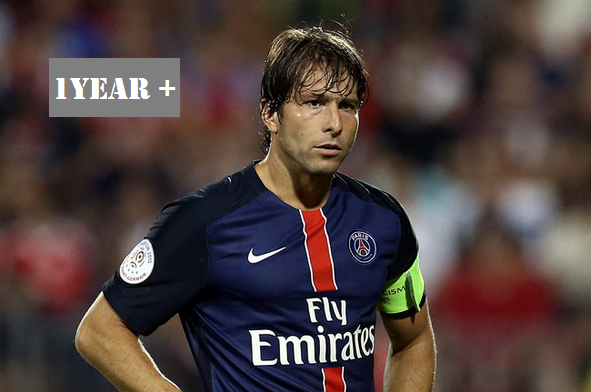 The midfielder termed on the club official site that he became very happy to sign the paper which was great pleasure to him. He mentioned that the extend year contract with Paris Saint-Germain like as a bless to him. He also told  he got along very well with his team-mates and also everyone at the club that was the main cause why he looked so happy.

Whether he also exclaimed that he would take the club forward and for that it would necessary to think about the squad first. He believes that they need to be more competitive and should try their best to snatch the success. If everyone give their hundred percent the club must get successive win as it deserve.

The Brazilian International spent three year with the club and made 200 appearances for them. His defensive ability so tight and to enter in border of the opponent is too difficult. His natural gaming position left back but he is also known as winger for his attacking density.

It is published on PSG official site that club being very happy for the signing which keep remain the midfielder more another year in the side. The club CEO Nasser Al-Khelaifi that he is very happy to see Maxwell in the side. He also mentioned that their fans had always appreciated his notable custom, which made the side always proud. The CEO also added that last few years the midfielder had brought a lot of satisfactions to them and he became also very important player for the team.  He mentioned that Max became a player who consist some great human qualities, taking care to preserve unity in the team and to cherish the development of the youngsters. At last he concluded with that Maxwell  had grabbed a lot of win with PSG club and would continue to help the team to achieve their goal in next season.