Former Swedish striker Zlatan Ibrahimovic who recently joined Premier League side, claimed he missed his last payment from PSG. According to report the only substance which he missed the French side that his last salary.

The former PSG attacker weekly earns €30,000 and missed his last payment from PSG. When he was able to grab the victory all thing on the domestic front in The Parisians. There were only competition which continues to thwart the club in the Champions League war.

When it was asked to Ibra could PSG win over the most glorious European club tournament or not. Zlaton replied he have no idea about the fact. He also added that PSG is a very strong team. And this season they picked some new talent. So anything is possible for them. 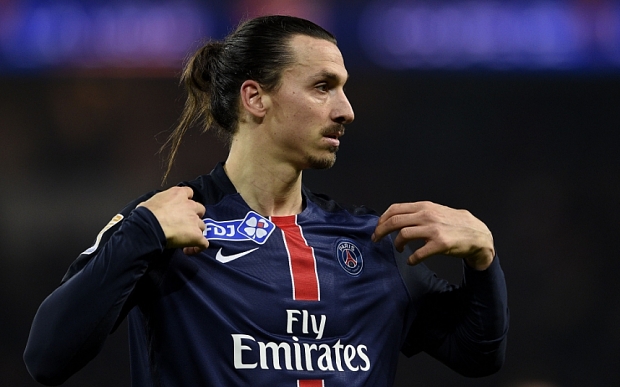 The Former Swedish termed that for win it’s not need to be strong it needs hard working. He added if had won the challenge then everybody consisted the ability to win the trophy.

At last he mentioned PSG would win the title or not that is not his problem because nown he is different from them But claimed about his salary which is still pending.

On the other hand PSG reportedly published on French newspaper that they were anticipating for a document from the Man United striker to  release his money.

The club also mentioned they have always respected their commitments. They had paid total 48 months payment in time with bonus and the one month salary is nothing for them.

They also willing to pay the compensation but first want the document of releasing payment. Now the Man Utd forward have to give them the document what they demanded.

The forward moved to English side on a free transfer in last July. He spent with PSG four season and signed for the United for one year contract. Now they are awaiting for the document which will be  contractually obliged to provide them with to give him the final bonus payment.

Zlatan is a player who consists most experience and after finishing four years contract with France side he Joined the English club. This season he also released Brazilian center back David Luiz. He returned his former club Chelsea. And happy to join the side again. This season PSG released some more major player from their side and signed some new boy. Well let’s watch what happen with PSG. He could do success or not. To know more about that stay with us.