Grzegorz Krychowiak is a defensive midfielder in Ligue 1 side Paris Saint Germain (PSG) and he arrived at the Parc des Princes in last season. But this Polish international failed to impress the French top tier where he played just 11 matches and could not bring justice to his name. He scored none with this French giant. So, after the round of the season, PSG wants to offload him where he has still four years contract left. Earlier this summer, English giant Chelsea wanted to bring this Polish international to the Stamford Bridge but the discussion failed to go farther due to Neymar. PSG was busy in that moment to land Barcelona forward Neymar in their squad and they succeeded. But to bring prince Neymar, they spent £198 million record fee and which is why they are in trouble in transfer market. But, in the meantime, the Blues has lost their interest to buy Grzegorz Krychowiak. 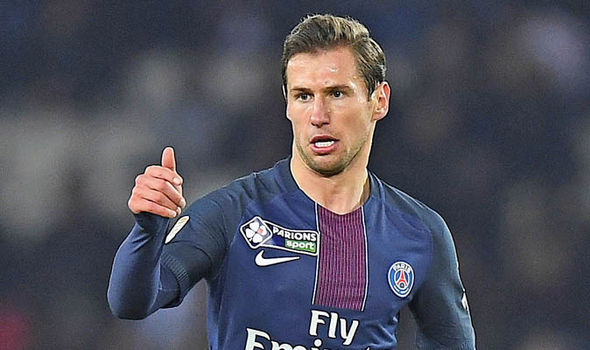 Failed to impress to the French side, Grzegorz Krychowiak has no choice. And after getting Neymar at the team, PSG’s problem has solved and no need for this Polish player. So, they want to offload him this summer desperately and through this, they would get some cash which will help them to move the transfer market again.

According to the news, Chelsea made their focus on this Poland national team player almost a month ago but PSG did not concentrate to the fact back then while busy with Neymar deal.

Grzegorz Krychowiak who is currently 27 years old joined with the French side PSG last summer from Sevilla and though the transfer fee was undisclosed but approximately €30 million. Since arrival, he just managed 11 Ligue 1 appearances and fail to show his best, he could not get chance to the first team. So, he is reportedly in transfer listed by PSG. Some French outlet has claimed that PSG is preparing to trim their squad and wants to sell this Polish man in this summer as well. Chelsea was keen to him and the English side was reportedly willing to pay a handsome amount in exchange for him.

But failed to settle the negotiations with the Ligue 1 club, Chelsea shifted their nose to the Monaco’s Tiemoue Bakayoko and finally bought him in last month for £40 million. Krychowiak who is still expected to leave Parc des Princes this summer and as stated by the recent reports, he would be headed back to Spain where Valencia is showing their interest about this player.

Starting his professional career with Bordeaux, he spent two loan seasons with Reims and Nantes. Later, Reims bought him permanently and then he moved to Sevilla. And now, he is looking to head back to Spain again.