Real Madrid forward Jese Rodriguez became the target of PSG in Summer windows. PSG head Unai Emery reportedly announced that he could seal the Spanish giant in their side.

Real boss Zinedine proclaimed that Jesus is absolutely free to move where he wanted to go and this Summer he would be free from all contract. As soon as the Real head disclosed the fact, the PSG boss shown their interest to lure the striker.

At the time of US tour Emery told that it had a much possibility to be held the move in Summer and they wanted to do that as soon as possible. 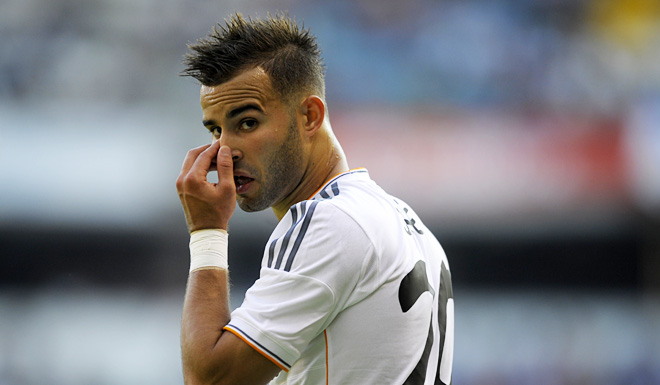 He also mentioned that he knew Jesus well and the club also knew the ability of him. There had no doubt he became a great player and all of his good quality, they are so desperate to snap him on the side.

In 2013 the striker has joined in the Blancos side and he is still in the club for his out standing performance.  Last season he scored five league goals for the the Vikings. He is a hard working and powerful attacker. He always focus what he did and what to do. His passionate gaming style such a eye catching part of the game.

Actually the Spanish started the career with Real academy and 2011 joined  Castilla as a senior footballer. After that he came to Real Madrid. He had made over fifty appearances for the club and gather a total score of 13.

Despite of a strong forward he had not get included the starting eleven as there also exist some big legend like Cristiano Ronaldo, Gareth Bale and Karim Benzema. The forward is still struggle to get chance in the starting line up but he has not chance to get the position ahead of the legend.

It is expected future of the 23 year old would be much better than Meringues. At least he would get the chance to play regular on the team where he could provide support to Edinson Cavani. There he got also chance to prove himself.

The attacker is also interested by two more leading club Liverpool and Tottenham. The both side wanted to add the outstanding striker in their side.

Jese yet not confirmed which club he being interested and the club yet not thrown any transfer fee for the move. However, It is confirmed the forward will leave the side but when and how yet not confirmed. To get detail keep eyes in our site.