French side PSG is passing very busy time in this summer transfer window where they have bought and sold couple of players in the meantime. Now they have shifted their attention to Napoli goalkeeper Pepe Reina wants to bring him at the Parc des Princes before the transfer window close. They have tabled €7 million to buy the service of the Spanish man reportedly but Napoli is not ready to release him yet.

In the summer, Serie A side Napoli has started to get good news where they have qualified for the Champions League and placed in comparatively good group. Besides, in the week, they have received offer from PSG for the Spanish international Pepe Reina in exchange for €7 million. And as stated by the recent reports, this goalkeeper is strongly considering his move to the French side. 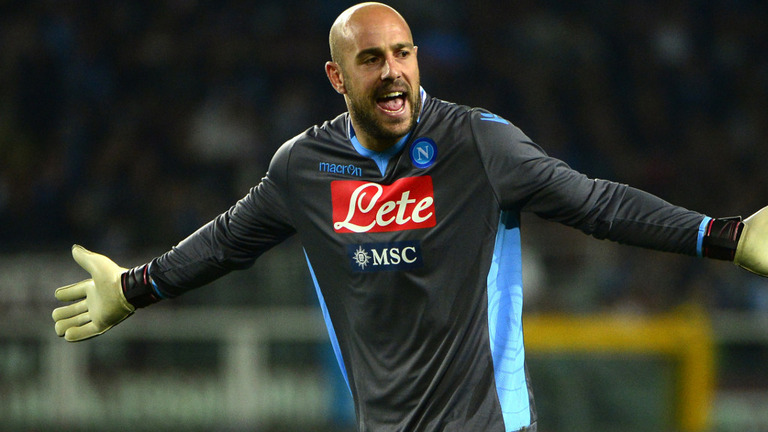 Though, earlier the Reina agent refused and stated it as a rumours buy yesterday he admitted that PSG seems real interested to bring down this stopper. However, the agent also disclosed that Pepe has no interest to sign any further deal with the Serie A club which is about to end this season.

Pepe who turns to 35 in next week has thought that he would serve better with PSG than his current position at the Italian side. But by losing him, the Little Donkeys would face big problem they have no other way but to face the real option right now. Besides, the transfer fee is big enough and they should take it.

To fill the position of goalkeeper, the Italian flight has looked around and reportedly keen to the Real Sociedad stopper Geronimo Rulli. They wanted this player since earlier the summer but now they are the contender of Champions League and so, they need to bolster the stopper position and looking forward to complete the deal. But they can but the player from Real Sociedad and also want to keep Reina because it has already too late to replace a goalkeeper where the season has already run. Rulli who is definitely a good goalkeeper but before making practical approach, he needs time to match with the new defense. But they could not reject the offer from PSG for Pepe which is really good.

34 years old Pepe was once the goalkeeper of Barcelona in 2000 but earlier he also played for Barca B and C team as well. He also played for Villarreal, Liverpool, Napoli and Bayern Munich. He is also the current stopper of Spain national football team and made already 35 international appearances.