The Green Shirts has started to play their second Test against West Indies at Sheikh Zayed Cricket Stadium in Abu Dhabi and already started to dominate them since the beginning. Pakistan won the toss and came to bat first. They scored 452 runs in first innings which seems a bid score for the Windies team so far. However, Windies team has tested the lose in their first Test where they lost by 56 runs. Basically, the Shaheens use UAE as their home field and so, it would difficult to defeat them there. Currently West Indies is travelling UAE to play a full tournament against Pakistan and their tour started in 20th September and will end up in next 3rd November, 2016. In the meantime, they have already played their ODI and T20 series where in both case, Pakistan completely destroyed West Indies. Windies team failed to win any single match there this time. Now, Pakistan is going to do the same thing in Test but Windies would not let that happen so easily. Though, Pakistan has currently lost their top position in Test ranking according to ICC and team India has claimed it from them. So, the Green Shirts are desperate to bring the glory again and to ensure it, they need to destroy Windies in long format series completely. 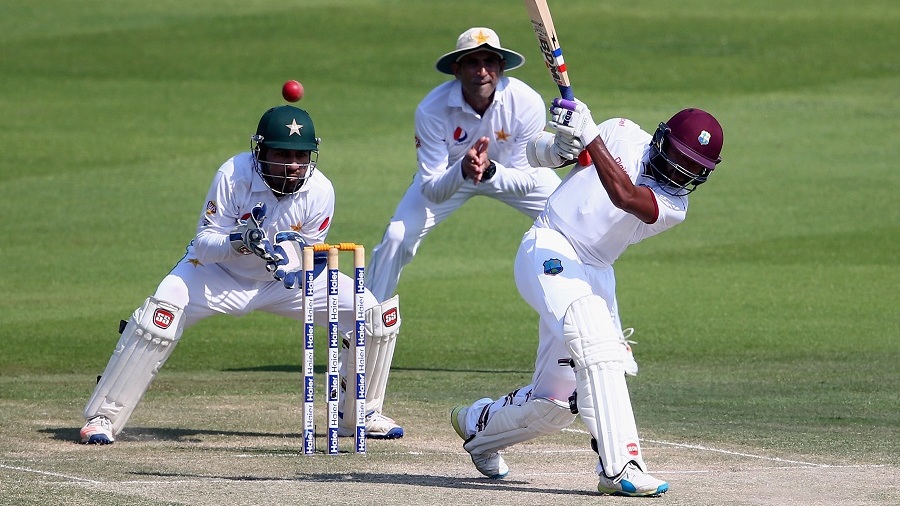 However, in the history of Test cricket, the Shaheens played with the Windies totally 46 times and able to defeat them 16 times where lost 15 times so far. So, team Pakistan is still ahead of them here too. Besides, they played against each other in last time in 2011 where Pakistan visited West Indies. Then, the Test series was drawn by 1 – 1.

However, Pakistan is considered as one of the most balanced team in long format cricket though their ODI and T20 ranking was significantly lower. But, they are currently working on it. Their current Test skipper Misbah ul Haq is a legendary captain and able to play under pressure and also has ability to realise the match better. Besides, their bowling attack is always better than other as usual. So, if they able to make a minimum runs on the scoreboard, then it would be tough for the opponent to chase it. Now, after the first innings of the second Test, they have done extremely good where their key player in long format Younis Khan scored 127 runs. And at the end of the of the second day, Windies team scored 106 runs by losing 4 wickets.