Belgian winger Eden Michael Hazard or Eden Hazard is currently participate in ongoing UEFA Euro 2016 and he is the current captain of the Belgium national football team due to the absence of Kompany. Under his charge, Belgium team have reached quarter-final in this running Euro 2016 where they have totally played four matches and won three of them where Hazard has scored one goals.

Eden Hazard is currently playing for the English club Chelsea. He joined there in 2012 where Chelsea confirmed through their official website in 4th June, 2012. The transfer fee from Lille to Chelsea was £32 million reportedly. Hazard was so happy to move here and he tweeted that he was here for Champions League winner. 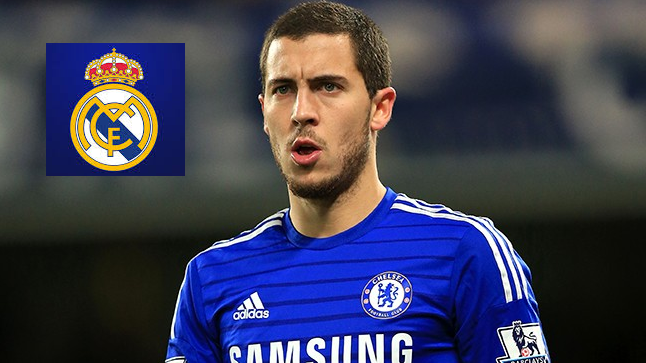 Unfortunately last season in Chelsea which was 2015/16, he was in poor form there where he played 30 appearances and scored only 4 goals which was totally frustrated matter. But he has again showed his quality in UEFA Euro 2016 which is hosted in France. So, he is getting focused and many clubs are keen to tie him with agreement. Real Madrid is placed ahead of them. The boss of RM said that he has been fan of this English winger always and rated him among the world’s top player nowadays.

However, the boss of the Vikings Zidane is looking for a playmaker for his club before the season start and he have found some. He is one of the most successful manager of Real Madrid ever where he helped them to win 11 European Cup though in last season they did not win La Liga unfortunately. Based on this fact, he is going to rearrange his team and has already took Alvaro Morata back from Juve. Though, Morata has possibility to leave this club and felt interest to go English club. So, Zidane look forward for one best winger or midfielder like Paul Pogba or Eden Hazard.

He also knows that, Hazard would be much cheaper than Pogba and Hazard would do better in Real Madrid. So, he is currently focusing on him according to the Fichajes.

Hazar joined his first club in 2005 where he spent two years in developing school. After that in 28th May, 2007 , he signed a pact with three years contract. At the end of the contract which fee was not revealed, Lille extended the deal with him. In Lille, he played 147 matches and gathered 36 goals so far. For his brilliant performances, English club Chelsea took him and gave him number 17. In Chelsea, his performance was better than Lille. He scored 41 goals with Chelsea by playing 137 appearances. So, he proved himself as a major player in there.

With Chelsea, Hazard won UEFA Europa League, League Cup and Premier League title. He also selected the PFA Young Player of the Year and so many awards.