In 2013 the French professional joined the English club Newcastle United for 6.5 years. The bid for the midfielder was disclosed and hidden to all. He becomes a outstanding performer and good runner also. He has also a special quality to ball which is easily controlled by him.

He started his career from a local side and for his brilliant activity soon he undergone in national side. For his excellent talent he is interested to the world leading club Real Madrid. 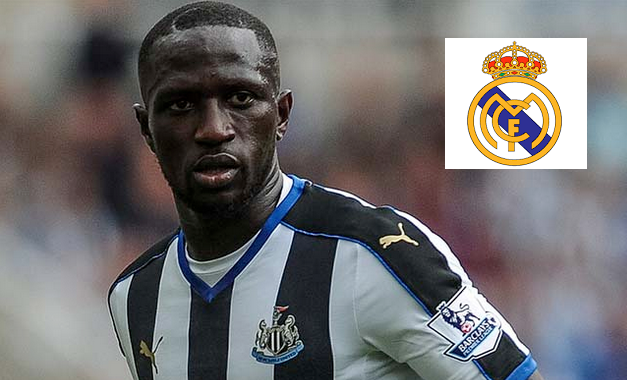 Florentino Perez the president of Blancos seemed very angry to lose the Portuguese playmaker who is bagged by Spanish giant Barcelona. After losing Gomes, the whites are no more longer want to lose the French midfielder.

The Zidane’s team set a £30  million bid for former Valencia game maker. And his against they made the bid of £35 million for 26 years old Sissoko. If we compare with other, they both consisted different type of qualities which make them individual from others.

The Champions League holder think the deal will be more beneficial than the Portuguese attacker. But now the Blancos club interested to borrow him on loan rather than any cash clause.

But the twist is that the present relation of United boss Rafa Benitez and Real president Perez is not so well. Perez deposed Rafa beginning of the year and their relationship at present consider a crucial line. In this environment it is too difficult to say anything about the switching.

According to the report Liverpool thrown a offer of £25 million clause for United midfielder Sissoko.  Who make debut for France national in UFEA Euro 2016 final but unfortunately defeated by Portugal in penalty shoot out. English club Everton is also desperate to borrow the 26 years Frenchman on their side.

On the other side Juventus also wanted to cast him on their club. And they termed that if their playmaker Paul Pogba deal has been completed with Man United they will have appointed the French man for next season.

But the fact is that the NC United player Sissoko desperate to play in Champion league side and said he is looking forward the opportunity to play for a leading side like Real Madrid and if they show much interest to him he would like to join them.