La Liga giant Real Madrid wanted to cast the Austrian defender ahead of Nou Camp. For that they gave a €65 million lucrative offer for Summer windows but the Bayern Munich discarded the offer. According to AS report, the Bundesliga club has claimed at least €80 million release clause for the defender.

According to source The Vikings has given an initial bid offer of €50 million beginning of the month, where he refused by the Bayern side. Actually the German club wanted to sell him in a high rated price and he is really worthy of this. 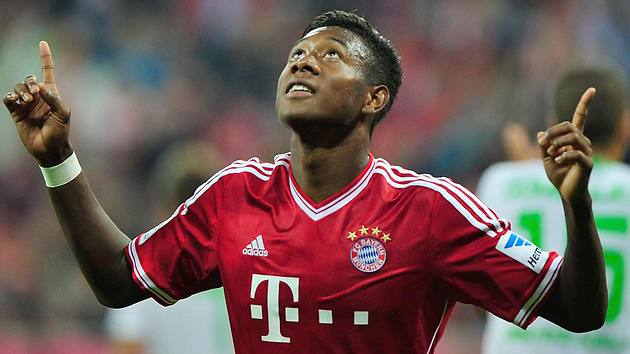 It is also learn to the AS report that the Bayern president Karl-Heinz Rummenigge reached in a decision on last Friday. Rummenigge called the Alaba’s agent to confirm him that Alaba would not go anywhere and this transfer windows he would not be sold. With that statement Alaba has been sealed not for sell signboard this Summer.

The contract of the 24 years Australian back man has been expanded to 2021 that means the defender will stay with club more four years long. The deal has been completed on last March.

On the other hand Real Madrid boss Zinedine Zidane determined to cast the backer in their side. He claimed that there being still chance for the midfielder to complete the switching  across the abstinent.He added that he would keep try till deadline, 31st August.

He also mentioned that he had not wanted to miss out David as they lost their last target Valencian Andre Gomes who was picked by Barcelona. The whites are also missed out the N’Golo Kante and Paul Pogba deal and to fight in the season long period they needed some extra ordinary player like Alaba. The coach thinks that it will be a marquee sign ahead of the Summer Season.

David is versatile defender, Actually not only defender he is also a talented midfielder. Last Summer he had made 53 appearances for the Die Bayern and able to send the ball on net for six times. He is really a fabulous, sharp mind and hard working pupil. His bid around €80 million absolutely suit him and he deserve that.

Alaba has started his club career with the Reds and moved TSG 1899 Hoffenheim club in 2011 on season long loan. He also backed to the FC Hollywood on the same year. He is still Munich player and his future in Bundesliga yet doubtful. So let’s wait and watch happen.