Real Madrid eyeing Romelu Lukaku by replacing Karim Benzema. The Man Utd forward have great season with the team, where Benzema spending a dry season. Playing 32 matches in the La Liga he grabbed only five goals. Though he have a good relation with Real star Ronaldo but this time they need good player rather that good friend.

Karim Benzema did not want to leave Real Madrid. Though the rumor received that the France got the offer of English club Arsenal but he has no intention of leaving Real Madrid. Benzema’s  agent confirmed the news to media. According to him, the French striker is very happy with Santiago Bernabeu. And at the time he not interested to move on any other side so far. 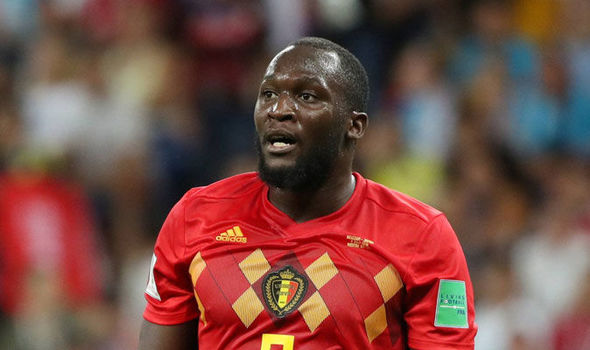 The World Cup football have been starting from 14th June where France playing well. The forward don’t get chance to the tournament. In a word the International career of the striker almost over. Now it’s time to focus the club side. With Los Blancos his dream will be completed.

According to reports in January, the winter transfer English Premier League club Arsenal  team wants to drag Benzema into their side. But he refused the proposal and signed the new contract with the side.

This year, the 29-year-old Benzema can not perform as well as expected. So far, only two goals. In the Champions League with a simple opportunity to get the ball in the field. So it was supposed that he might leave the side so far. The reason for the frustrating form is the fact that Karim can leave Real next year, although he had signed a four-year contract with the club winter season.

Benazemar agent Karim Jajiri has replied to this. He said to Sky Sports that Karim Benzema is very happy in Los Blancos. He has extended the deal with the side. He has no intention of leaving the club.

Karim suffered from hamstring injury. After that he was absent four match and finally joined the side. His time was not well with the side. But he don’t want to leave the club. In WC season players are busy to play the world’s biggest tournament. After the championship they back to the club and once more the transfer window will be opened. So there also chance to move from the team. But Benzema personally wants to play with the three time winner of Champions league.