Real Madrid the Spanish giants were flying in the European tournaments as well as in the domestic competitions in the last couple of seasons. They were very very tough to stop. But the Los Galacticos are struggling to get going in this campaign. And so is struggling their star forward Gareth Bale. The super star from Wales is really going through a tough period as he is not getting the chance to appear o the pitch due to consecutive injuries. 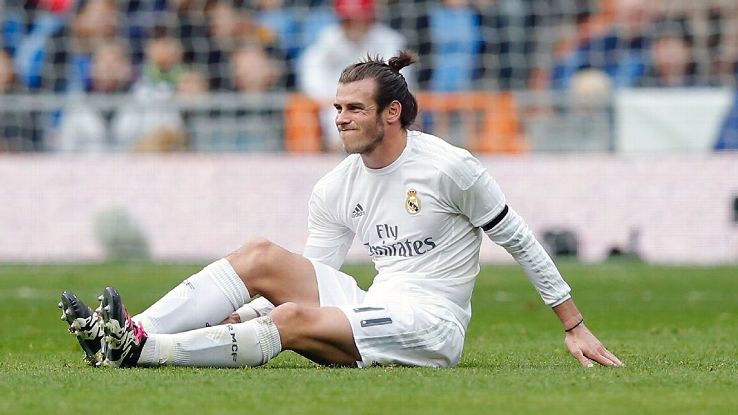 Bale who is the record signing in the Real Madrid club history, joined the Los Blancos from English club Tottenham Hotspur back in the 2013 summer transfer window for a thenceforth world record fee. He has won a good number of trophies with the club from the Spanish capital. He has kissed the UCL trophy thrice with Madrid after joining the Whites. He also lifted the FIFA Club World Cup twice, the European Super Cup thrice. He also won the La Liga, Spanish Super Cup and Copa Del Rey each for one time so far. So it has been quite a great period of time for the 28 years old at the Santiago Bernabeu. But this ongoing season hasn’t gone good so far as he has been out of the pitch quite for a longer period.

The former Southampton winger suffered a calf injury during his team’s UCL contest against German club Borussia Dortmund. It was back in the late September and since then he hasn’t featured for any single time. The 6 feet 1 inch tall footballer came back to the Real Madrid training but his bad time was not coming to an end as he suffered another injury setback. A thigh injury on this occasion means the Welsh man will be sitting out for another month. Despite making a comeback to the training he wasn’t called up to the Wales national team squad for the friendlies against France and Panama as it was requested by Madrid boss Zinedine Zidane. The Bernabeu based club revealed a statement on the Friday that their star man felt some discomfort in his left leg after the end of the Thursday’s training session. They added that, the 28 years old underwent various tests carried out by the club’s medical team. The types of injury which he has suffered, usually takes two to four weeks to recover. So the pacey winger is going to miss the derby clash against Atletico Madrid in the mid November.