French legend Zinedine Zidane who is the current manager of the Spanish giant Real Madrid wants Isco very badly in next season. Isco is a Spanish national team footballer who is completely known as Francisco Roman Alarcon Suarez. This 24 years old players is considered one of the best play-maker in RM.

Since 2013, Isco is playing for Spain national football team where he scored only one goal by playing 13 matches.

This former Malaga player made a five years agreement with Los Blancos in 2013 which will end up in next June, 2018. There are still two years deals left but a rumour spread out that he would probably available for sale in next March and April. 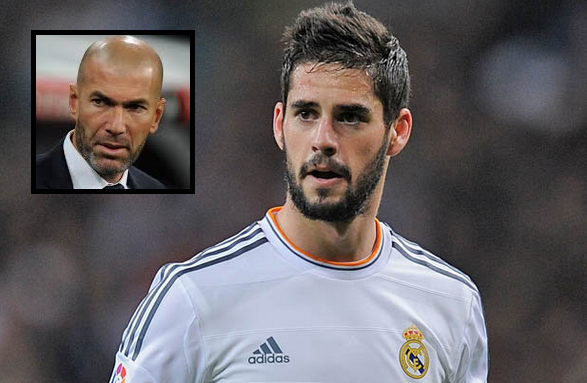 He played for the Vikings 97 matches where he scored 15 goals so far. Based on his brilliant performance in Andalusian club, he received the Golden Boy award in 2012.

Before the end of his contract in Real madrid, they can sell him for highest profit or renew a contract. But the current manager of the Whites Zinedine Zidane is not ready to sell him now for his remarkable service. He plans to keep Isco for upcoming 2016/17 season.

Though, this Spanish playmaker is currently spending a long vacation around 47 days where he is trying to take off disappointment. That frustration has come due to left out from Spain’s team in UEFA Euro 2016. It has happened because of his questionable attitude.

So, it would perhaps a matter of time that after the vacation, he will return to the Real Madrid. He stated that he has nothing to prove anymore and maybe it is time for Los Blancos to make a move. If they will put him in market, then he will have to take his own decision. He also added that he is very fond of the Whites and he is still happy with them. He will love to continue.

With Valencia, Isco started his club career. In 2010/11 he stayed there. But in next, in the middle of the July, 2011, he was picked up by Malaga CF for five years where he received €6 million. He scored his 1st goal for his new club Malaga CF in 21st November, 2011. On next, in 28rh January, 2013, he wanted to make new deal with Malaga which was set €35 million. In the meantime, he received an offer from Real Madrid and Manchester City where they both clubs were ready to give him €30 million for his service. But, he made a final decision and joined to Los Blancos for five years deal which will velid June, 2018.

French legend Zidane thought that Isco has much to give and also he can fulfil demand. So, he might sure to keep him and use his talent in upcoming season.