The biggest to club of different league Real Madrid and Manchester United are very much interested for signing Juventus hero Paul Pogba. Many news portal published this news as a rumor, which Real is talking with Pogba for next summer transfer signing. But few days ago Manchester United new coach Jose Mourinho declared he wants him.

Both of those club Real and United needs a new midfielder and they are also fighting for him.

Pogba’s agent said “Now he is growing up and if he wants to exit from Juventus, there are many club want to sign him. He also likes Real Madrid, Manchester United, Manchester City, Chelsea, PSG and many others. Many club showing interest for him and here depends many fact’s, money is one of the important fact”. 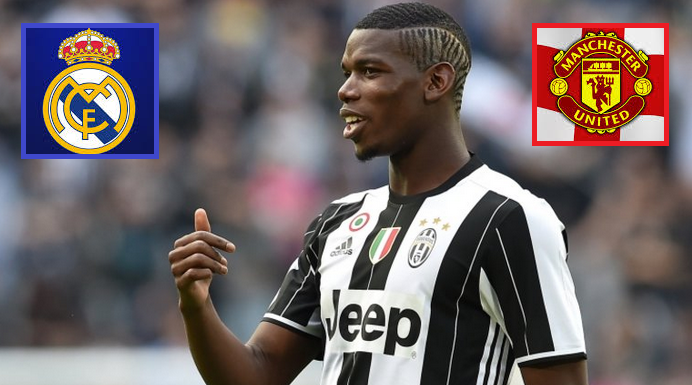 Madrid manager Zinedine Zidane also wants Pogba to sign in in his club. Some days ago Zidane declared he needs a midfielder and he also said I see a black player to sign in this summer. Madrid also waiting with a big amount for him.

Recently Mourinho said He wants him if they need to break the world fee record they will do it. United recently admitted him as a manager and they believe this Portuguese man gives them success very fast.

The News and media also internally discuss about Pogba’s transfer in United and they are hoping it will be a big deal and it may be cross the highest club transfer deal which made Tottenham by sold Gareth Bale. Real paid total £85.3 million for him. But this season may be we will see the biggest transfer and they saying it will be £100 million for him.

Mourinho is also waiting for him. Pogba also played in Manchester United at 2009-11 and he was get coaching under Sir Alex Ferguson. But he also part of Juventus 4 times winning Serie A team. If he wants to play for United then the deal will £110 million for transfer and agent fee and he will also earn t £9.7 million per year.

The expectation was Pogba will go for Real Madrid or Barcelona but Barcelona was not showed any interest for him. He also want to go some big club like PSG, Chelsea. But his team meat Argentina forward Dybala believes He will not go anywhere and he said he spoke with him he believes that Pogba will stay in Juventus.

Now He is playing Euro 2016 and this French man also performed well. His recently performance made his transfer amount bigger.