After a two month out of field finally the Real Madrid midfielder Lucas Silva back to Real Madrid training session. The Brazilian midfielder remain without playing two months due to heart problems. After two month medical observation the cardiac arrhythmia patient back in Bernabeu training program.

This July he was ready to jump from Real madrid to Sporting CP. All formalities were completed but the midfielder could not pass medical test due to c arrhythmia. The club doctors reported that he was suffering irregularities in the heart. And the deal was undone.

Since then, his career has been put on ice as he’s bid to solve his heart problem. After that he has sent for Medical treatment where he spent one month. After that he was instructed to take rest more one month. After two months he terminated his serious condition and now physically fit to get training. According to report he is staring training from Tuesday. 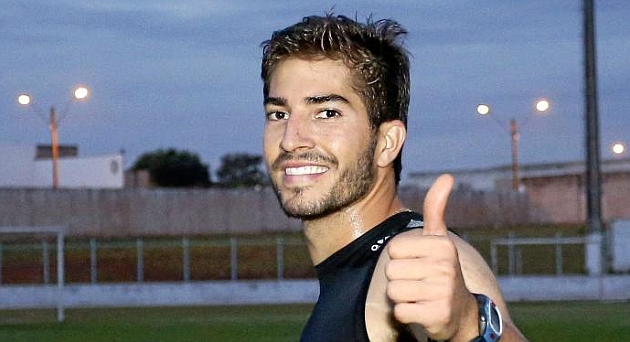 Lucas Silva is totally different case for the Vikings. Silva joined the side January, 2015. Los Blancos acquired him in the winter transfer market. He left Cruzeiro for €14 million. After joining the side he made 8 appearances that season. Unfortunately he unable to grind into the first team.

In august he was then sent to French club Marseille on a season long loan. There he made 22 appearances for the side. After finishing the loan session he was offer to joined the side permanently. But the Midfielder rejected the offer and back to his former club.

Silva is very hard working and quick footballer. He has the ability quick passes and running fast. The Brazilian midfielder revealed that he is very happy to back in train again at Madrid’s Valdebebas. He is very hopeful to get return again his past condition.

The player is not available for the Spanish giant at this moment. Zidane planing to move him on loan out in January. They think before returning the Vikings side, he need to be more strong man.

However, Real Madrid is now top of La Liga point table with 12 points. The Spanish giant got 16 straight victory which too honorable for the side. This season they confidently played the games and won them successfully. Now the winners need more guideline and practice. Zidane focused to grab the title. After winning champions leage their confidence level raised on high level. So guys enjoy your favorite tournament and stay with us to get update.