Champion League winner Real Madrid wanted to bag the French midfielder N’GOLO KANTE. According to reports the Los Blancos planning to set the midfielder this summer. Kante is currently busy with his team. They are seeking to grab the World Cup title as they bagged that in 1998. The new coach of the Real planning to buy him after the WC championship which will be finished on the next month.

N’GOLO is still consistent footballer in their team in Chelsea. The side finished their Premier League journey as the fifth and the midfielder played just outstanding on the competition. He played a leading role in the whole competition but finally they kicked out as the fifth place. But he did not resign from the club after the WC competition he again join the club. 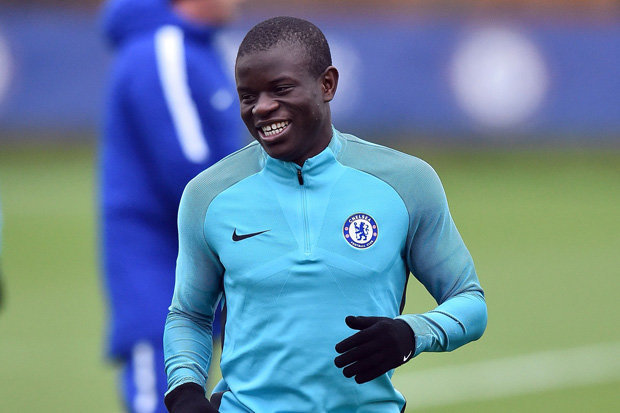 It is known to all the guy being a great talent. His ability and power is never noticed. For his mind blowing performance the biggest clubs in line to buy him. Not only Real Madrid also La Liga giant Barcelona wanted to buy him in the summer windows.  But the most interesting matter is that the 27-year-old past contract with Chelsea have not expired and the contract will be finished in 2021. Now the matter do Chelsea leave their most phenominoe midfield right now.

Real Madrid sign the new coach who is currently coaching of Spain national team in the World Cup Russia after sacking Zidane. The 51-year-old desperate to sign the best for the side. His target is to bag the best player in their side. He is planning to buy a number of superstars like  Eden Hazard, Neymar and Mohamed.

The France man is very talent guy so far. He established himself very positively. He is one of the best mid man and playmaker of the team. Though the side failed to grab the title but his performance really appreciable.

However, The Spain coach Lopetegui will join the side after finishing the WC tournament. His aim is that to set the best players in the side so that the team get extra protection. Because Zidane established the club in very high position so his responsibility is so big. He have to great for the club in future.

So after joining the Real his main target is new joining PSG star Neymar, Isco, Casemiro, Kante and Luka Modric. According to reports Lopetegui is a big fan of Brazil playmaker Casemiro.